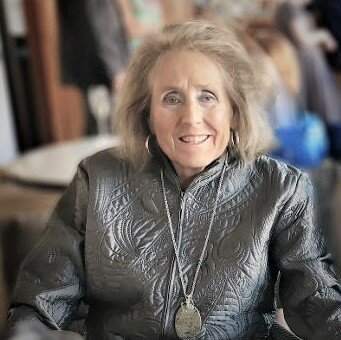 Please share a memory of Virginia to include in a keepsake book for family and friends.
View Tribute Book

Virginia Packer Rowland, passed away peacefully at the Abraham House in Rome on Sunday, December 11, 2022.

Ginny prided herself as a homemaker preferring the term “Domestic Engineer,” and was well known for her elegant and always fun parties! She worked as a buyer for Simpkins Ski Shop, and later when her children were grown, started a catering business with her friend Peggy O’Shea. She was also active in the Rome Twigs, led the Mariners Girl Scout troop, and was a member of the Lake Delta Yacht Club and Teugega Country Club.

She enjoyed skiing, tennis, and bridge as well as frequent travel and counted the Thousand Islands, San Juan Islands, Palm Desert and Paris as her favorite places, and after Gig died, her winters in Florida with her dear friend, Sheila Vandeveer.

Ginny’s family would like to thank Kathy, Gail, and Connie, her wonderful at-home caregivers, and all the amazing caregivers at the Abraham House who made her last six weeks comfortable.

Memorial donations in Ginny’s memory may be made to the Abraham House, 417 North Washington St., Rome, NY 13440, or the Rescue Mission, 413 East Dominick St., Rome.

Look inside to read what others have shared
Family and friends are coming together online to create a special keepsake. Every memory left on the online obituary will be automatically included in this book.
View Tribute Book
Share Your Memory of
Virginia
Upload Your Memory View All Memories
Be the first to upload a memory!
Share A Memory
Plant a Tree