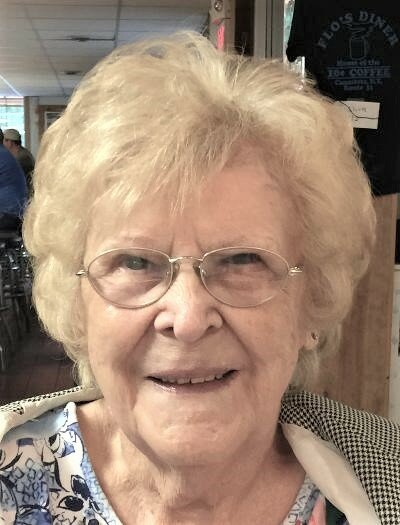 Please share a memory of Frances to include in a keepsake book for family and friends.
View Tribute Book

She was born July 14, 1925, in Rome, a daughter of the late Charles B. and Evelyn Schibel Kasby, and educated in Rome Schools.  Frances was united in marriage to William C. Henderson on May 1, 1946, in Scranton, PA; he died in 1988.  She worked at Williams Knitting Mill, Rome Cable, White Laundry and retired from the Rome City School District as Cafeteria Manager.  She was a member of St. Joseph’s Church in Lee Center.

A Mass of Christian Burial was celebrated today at St. Joseph’s Church.  Burial was in Evergreen Cemetery.

Please offer online condolences and light a candle at:  www.BarryFuneralHome.com.

To plant a beautiful memorial tree in memory of Frances Henderson, please visit our Tree Store

Look inside to read what others have shared
Family and friends are coming together online to create a special keepsake. Every memory left on the online obituary will be automatically included in this book.
View Tribute Book
Share Your Memory of
Frances
Upload Your Memory View All Memories
Be the first to upload a memory!
Share A Memory
Plant a Tree