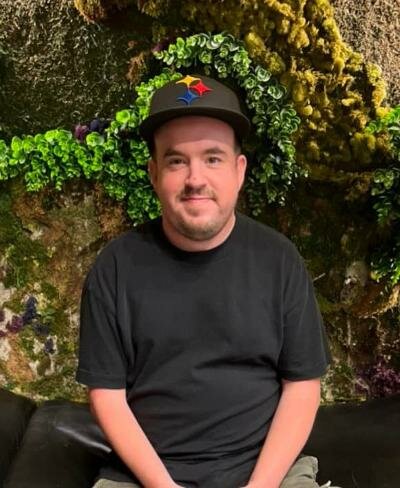 Please share a memory of Michael to include in a keepsake book for family and friends.
View Tribute Book

He was born on September 7, 1986 and raised in Rome, where he graduated from RFA, and was most recently employed by the US Postal Service. Michael was an avid hunter and always looked forward to the fall season and hunting with his dad. His passion for the NY Mets and Syracuse basketball was second to none. He loved to make people laugh and always loved with all his heart.  Michael struggled with addiction for the last few years after being involved in a car accident.  He moved to Florida 10 months ago to engage in treatment and was hired by the Rehab Center as a counselor.  He was proud of his sobriety and he was happy in his new found life. Michael had many friends too numerous to mention. He touched people’s lives in the best way possible.  Michael will truly be missed by so many people.

He is survived by his loving parents, Mike and Jackie Colangelo of Rome; and his brother Paul (Sarah) Colangelo of Syracuse; and his maternal grandfather, Bernard Dunn of Sauquoit. He leaves behind many aunts, uncles and cousins in North Carolina, Arizona and here locally. He was especially close to his cousin, Deanna Spina, of Sauquoit with whom he held a life-long special bond. He was predeceased by his great grandmother, Margaret “Gram” Colangelo, with whom he was extremely close to and loved with all his heart.  He also was predeceased by his Nonnie, (Marion Dunn); his paternal grandmother, Sharon Altier; and his paternal grandfather, “Big” Mike Colangelo

In an effort to offset the funeral costs and burden on the family, please consider contributing to the GoFundMe page that has been set up. Fundraiser by Dotti Spina : Funeral Expenses for Mike "June Bug" Colangelo (gofundme.com)

A Celebration of Mike’s life will be held on Wednesday at 7 PM at the Barry Funeral Home, 807 W. Chestnut Street.

Relatives and friends may call at the funeral home from 4 to 7 PM prior to the service.

Look inside to read what others have shared
Family and friends are coming together online to create a special keepsake. Every memory left on the online obituary will be automatically included in this book.
View Tribute Book
Share Your Memory of
Michael
Upload Your Memory View All Memories
Be the first to upload a memory!
Share A Memory
Plant a Tree