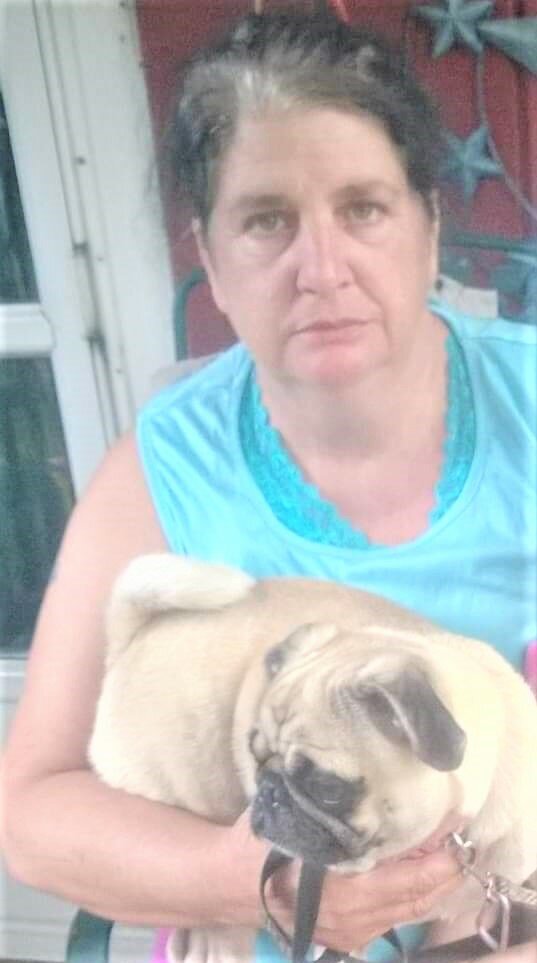 She was born September 29, 1960, in Rome, a daughter of the late Richard J. and Carol Payne Lusby, and attended Rome schools.  Shirley was united in marriage to Terry J. Fox on June 13, 2003, in Point Rock; he died June 25, 2018.  Shirley was a happy homemaker who loved to cook and crochet, but most importantly, loved to be with family and friends, especially her children and grandchildren.

Shirley is survived by her children, William Baker and Tessa Drake of Lee Center, and Jerry and Tiffany Lohr of Lee Center; two sisters, Carol Poile and Wayne Richardson of Rome, and Sara and Robert Young of Syracuse; a brother, Kenny and Barb Murphy of Rome; grandchildren, Mariah and Shelby; special friend, Terry Lohr; and her beloved Pug, Bonita.  She was predeceased by three brothers, Joe, Richard II, and Francis Lusby.

The Funeral Service will be held Monday at 2:00 PM, at Barry Funeral Home, 807 W. Chestnut Street.  Burial will be in Lee State Road Cemetery.

Relatives and friends may call at the funeral home on Monday 12 Noon to 2 PM, prior to the funeral service.

Look inside to read what others have shared
Family and friends are coming together online to create a special keepsake. Every memory left on the online obituary will be automatically included in this book.
View Tribute Book
Share Your Memory of
Shirley
Upload Your Memory View All Memories
Be the first to upload a memory!
Share A Memory
Plant a Tree