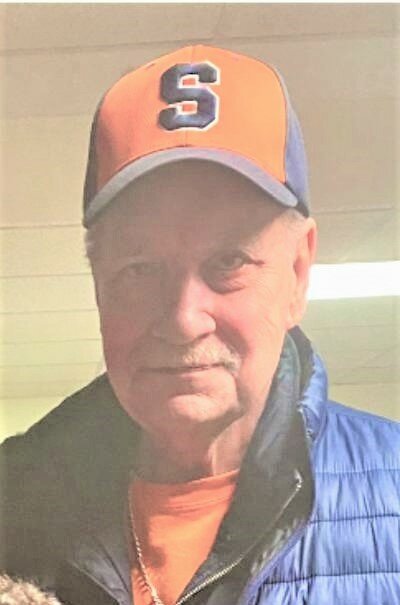 Please share a memory of Carl to include in a keepsake book for family and friends.
View Tribute Book

Carl was born in Rome on October 3, 1945, to the late Lewis and Edith Seaton Sharron and educated in the West Leyden Schools. He was united in marriage to the former Shirley Witzigman in 1964. Carl worked at Harden’s Furniture in the lumber mill.

Carl loved baseball and snowmobiling. He loved his family and believed strongly in our Lord.

Carl’s funeral will be held on Friday, at 1 PM, at the Barry Funeral Home, 807 W. Chestnut Street. Burial will be in Point Rock Cemetery.

Relatives and friends may call at the funeral home from 12 to 1 PM prior to the funeral.

Memorial donations in Carl’s name may be made to a charity of one’s choice.

Look inside to read what others have shared
Family and friends are coming together online to create a special keepsake. Every memory left on the online obituary will be automatically included in this book.
View Tribute Book
Share Your Memory of
Carl
Upload Your Memory View All Memories
Be the first to upload a memory!
Share A Memory
Plant a Tree