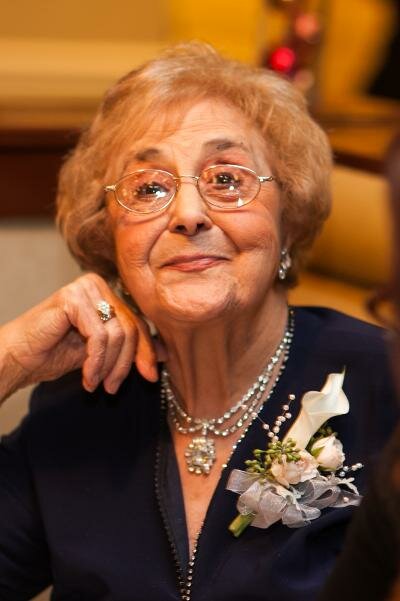 Obituary of Rosemarie A. Donovan

Please share a memory of Rosemarie to include in a keepsake book for family and friends.
View Tribute Book

Dolly started out early in life as a bookkeeper at SS Kresge where she would meet her oldest and dearest friend, Carrie Cucchiara. They remained friends for nearly 80 years until Dolly’s passing. She later did book-keeping for the family business at The Carpet Barn. She had a love of sports. In her younger years she played fast pitch softball and loved to ice skate. Later on in life she enjoyed watching basketball. Although she would watch it muted because in her words “I don’t give a damn about what they’re talking about I just want to watch the game.” She had a weakness for sweets, especially pies from Eddie’s of Sylvan Beach. She enjoyed hanging out with her Gifford Road girls: Toni Urso, Ardie Schillaci and Junie Paprocki. Above all Dolly’s greatest accomplishment in life was the devotion that she had for her children. She was a loving, caring, fearless and strong mother, wife and friend.

The family would also like to extend a sincere thank you to her aide, Kristine, for the wonderful care and friendship shown to Dolly.

Look inside to read what others have shared
Family and friends are coming together online to create a special keepsake. Every memory left on the online obituary will be automatically included in this book.
View Tribute Book
Share Your Memory of
Rosemarie
Upload Your Memory View All Memories
Be the first to upload a memory!
Share A Memory
Plant a Tree