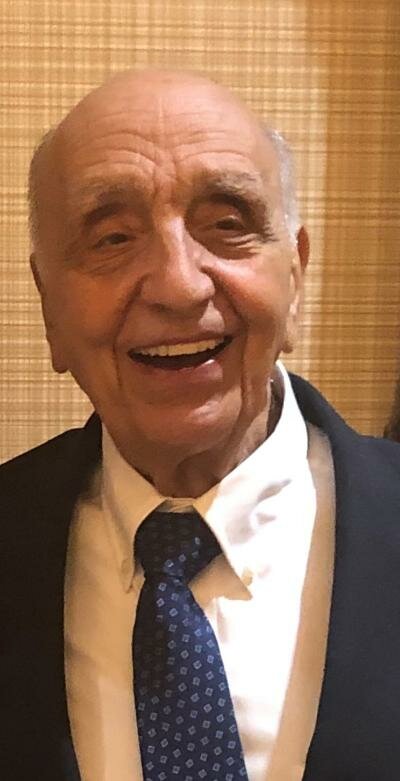 Joseph L. Parry, age 87, passed away peacefully surrounded by his loving family on April 19, 2022, at the Abraham House of Rome.

Joe was born in Rome on January 5, 1935 to the late Frank and Mary Console Parry. He graduated from Rome Free Academy and earned a Bachelor’s degree in Physics from Utica College of Syracuse University. He proudly served his country as a member of the U.S. Coast Guard during the Korean War. On June 9, 1956, he was united in marriage to the former Dolores “Dee” Paniccia. Joe spent most of his career as an electrical engineer at The Rome Laboratory (formerly The Rome Air Development Center - RADC). Upon his retirement from RADC, he continued his career as a consultant for BAE Systems.

Joe was an avid runner and completed several Boilermaker Road races and two marathons. He was a passionate sports fan and cheered enthusiastically for the NY Yankees, SU Orangemen and the NY Giants. He enjoyed bocce, working out at Planet Fitness, and his time volunteering as a driver at the Office for the Aging. He was a member of the Toccolana Club and the IEEE. Joe was happiest when surrounded by his family, attending his grandchildren’s sporting events and concerts, and during the family vacations to Disney World.

The family would like to extend a sincere thank you to the staff at the Abraham House of Rome and Hospice for the care and support provided to Joe and his family, and also to Father Paul Angelicchio for his guidance, spiritual support, and friendship to Joe and family over the past several years. Also, a special thank you to Tracey for the love and compassion she showed toward Joe during the past year.

A Mass of Christian Burial will be held on Friday, April 29, at 11:00 AM at the Catholic Church of St. John the Baptist, with Rev. Paul F. Angelicchio officiating. Burial will be in St. John’s Cemetery.

In lieu of flowers, donations may be made to the Abraham House of Rome, Hospice and Palliative Care, or St. John’s Endowment Fund.