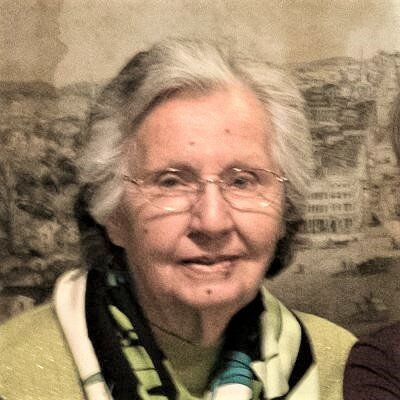 Please share a memory of Mary to include in a keepsake book for family and friends.
View Tribute Book

Mary was raised in Minerva, OH and Phoenix, AZ where she graduated from North Phoenix High School and Tempe College.

Mary managed a household, raising four children through many military moves.  She had the dual role of mother and father during Harry’s two yearlong overseas assignments. They moved to Rome in 1973, where she served in the St. John’s Lutheran Church Altar Guild and the Rome Hospital Twigs. She enjoyed spending time with friends, her monthly lunches with The Western Group, and weekly water aerobics at the Rome YMCA. Mary and Harry adopted Rome as their home after retirement and they enjoyed many decades sailing with friends and family at Lake Delta Yacht Club and Sackett’s Harbor on Lake Ontario.

Mary loved her home in Rome, the people and even the weather. She always said, “I wasn’t a Roman by birth, I was a Roman by choice.”

A private family memorial service was held and in lieu of flowers, donations can be made to Hospice or Rome Twigs (Rome Memorial Foundation).

To plant a beautiful memorial tree in memory of Mary Winberg, please visit our Tree Store

Look inside to read what others have shared
Family and friends are coming together online to create a special keepsake. Every memory left on the online obituary will be automatically included in this book.
View Tribute Book
Services for Mary Winberg
There are no events scheduled. You can still show your support by planting a tree in memory of Mary Winberg.
Plant a tree in memory of Mary
Share Your Memory of
Mary
Upload Your Memory View All Memories
Be the first to upload a memory!
Share A Memory
Plant a Tree