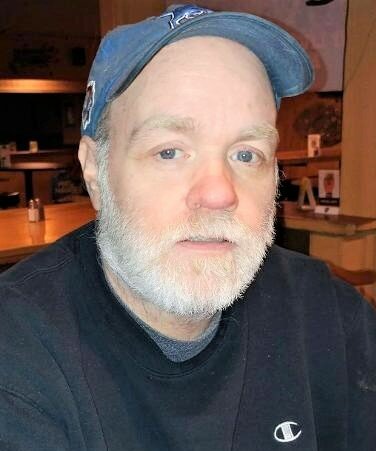 Dave was born on November 29, 1967 at the old Griffiss Air Force Base Hospital, the youngest child of Ret. Lt. Col. USAF Loy and Christine (Noiseux) Linn. He graduated from Rome Catholic High School and Clarkson University, where he received his Bachelor of Science Degree in Industrial Distribution. Dave worked at the Turning Stone Resort and Casino, and then as owner/agent of Allstate Insurance after our father passed away.

Dave was a lifelong Boston Red Sox fan and for some reason, a Detroit Lions fan. He was an avid bocce player around Rome and traveled to Cleveland on many occasions. His favorite vacation spot was Myrtle Beach, SC, and he really enjoyed discussing current news and events at the Black River Ale House with his many friends.

Dave is survived by his three brothers, Raymond, Robert, and Steven, all of whom are in Rome; and a special friend, Jessica Satterlee of Rome. He was predeceased by his father, Loy, in April 1999, and his mother, Christine, in December 2013.

Dave’s funeral will be held on Wednesday at 2 p.m., at the Barry Funeral Home, 807 W. Chestnut St. Burial will be in Rome Cemetery, where he will be laid to rest next to our parents.

Relatives and friends may call at the funeral home on Wednesday from 12 Noon to 2 p.m. prior to the funeral.

In lieu of flowers, donations may be made to the American Diabetes Association.