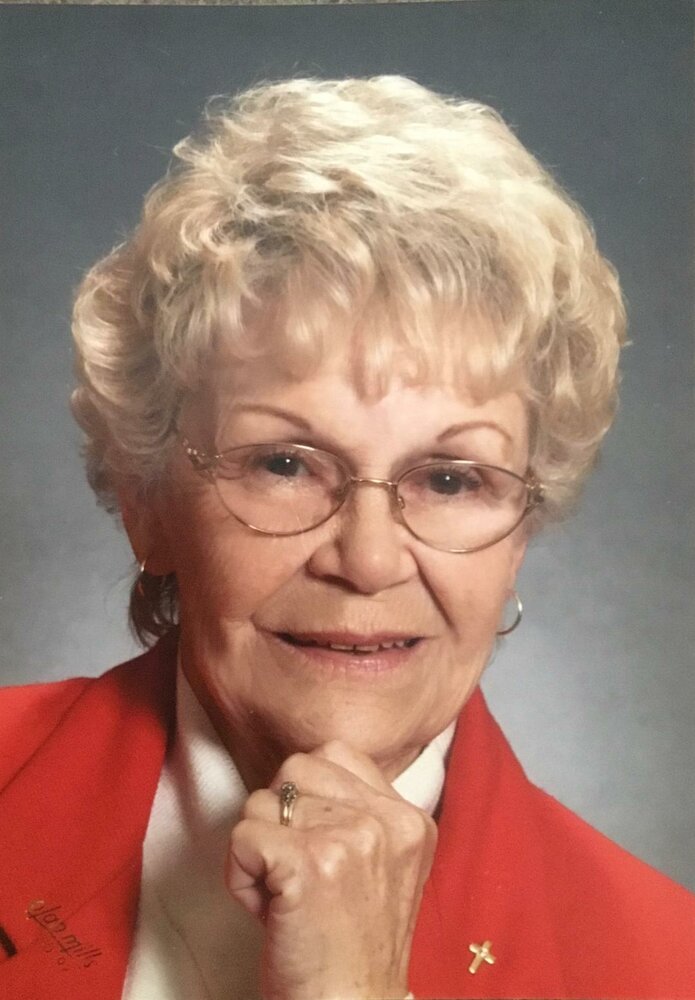 Please share a memory of Betty to include in a keepsake book for family and friends.
View Tribute Book

She was born on November 23, 1930, in Oswego, NY. She was the daughter of Frederic Arroway and Anna (Braun) Arroway. She attended Oswego High School. On November 13, 1948, she married Richard L. Greene, in St. Peter’s Catholic Church, Oswego, NY; a union of almost 52 years until his passing on July 11, 2000. Betty worked at the Adirondack Central School Cafeteria for a short time, and she managed Yaworski’s Restaurant for a few years planning weddings and large parties. Betty also helped with the voting polls in her community for quite a few years. Later in life, she was employed with the Rome Senior Citizen Facility, where she enjoyed the local seniors daily.

Betty enjoyed growing flowers and plants all her life and was fondly known in her neighborhood as Mrs. Greene Thumb. She truly could bring beauty to everything she touched. Betty was a wonderful, self-taught cook and was known for her cinnamon rolls, homemade bread, and golumpki. She also was a longtime supporter of St. Jude Children’s Hospital for 41 years. As she became an empty nester, she looked forward to wrapping Christmas toys for the Annual Christmas party for the local children in our community legion #794. In her younger years, she enjoyed a good game of Pitch or Skat, with her children and grandchildren, and could outplay the best of them. She had a zest for life and at the same time could be a bit feisty, but worked hard raising her extra-large brood. Betty definitely lived life, day to day as she saw it. She will be missed by all who truly knew and loved her. We will celebrate that she is now reunited with the love of her life in the Lord’s Kingdom with so many family members and friends. Till we meet again. Love you bunches!

She was preceded in death by her sisters, Anna Oliver (Bill), Mary Coon (Orlin), and Kaye Rose (Burt); a son in law, Gary A. Podkowka, Sr.; sisters in law and brothers in law, Dottie and George Greene, and Madora and Steve Reidy; a great grandson, Brayden Lott and five nephews.

A Celebration of Life will follow at the VFW, 315 N. Washington St., Rome.

Private memorial service and burial will be held in the spring.

In lieu of flowers, donations may be made to St. Jude Children’s Hospital.

Look inside to read what others have shared
Family and friends are coming together online to create a special keepsake. Every memory left on the online obituary will be automatically included in this book.
View Tribute Book
Share Your Memory of
Betty
Upload Your Memory View All Memories
Be the first to upload a memory!
Share A Memory
Plant a Tree