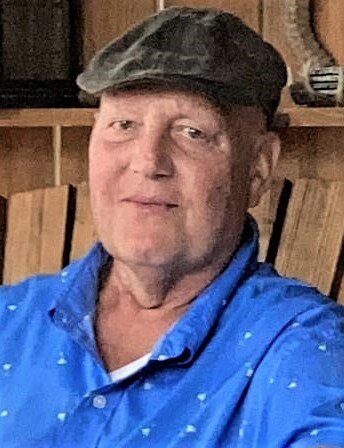 Please share a memory of William to include in a keepsake book for family and friends.
View Tribute Book

William J. Evans, Jr., 60, of Verona, beloved husband, father, son, and brother, passed away at home on January 19, 2022 in the arms of his loving family. Bill courageously battled cancer with unwavering faith and strength for six years.

He was born in Rome on January 3, 1962, the son of William and Vie Evans. Bill was a graduate of the 1980 class at RFA. During his time there, he was an avid and outstanding athlete. He would go on to attend Ithaca College where he would earn a varsity letter on the football team while majoring in Business Administration. Bill enlisted in the United States Army in 1985 where he proudly served our country for four years. He was a combat engineer and his time in the Army would see him travel around not only the United States, but Europe as well.

Bill was united in marriage to Christine Kain on June 4, 1994, at St. Peter’s Church in Rome.

After his service, Bill went on to work at the US Postal Service in Rome where he would stay for 29 years. Throughout this time, he would continue to work as a carpenter; remodeling and renovating homes as well as building his family’s home. Bill would also take on the role of coach for all three of his children. Football, track, and golf all became a passion for him that arose out of the desire to see his beloved children achieve in their respective sports.

Bill will be deeply missed; we are all better people for having known and loved him.

“Death cannot stop true love. All it can do is delay it for a while.”

Relatives and friends may call at the Barry Funeral Home, 807 W. Chestnut Street, on Monday from 4 to 7 PM.

Look inside to read what others have shared
Family and friends are coming together online to create a special keepsake. Every memory left on the online obituary will be automatically included in this book.
View Tribute Book
Share Your Memory of
William
Upload Your Memory View All Memories
Be the first to upload a memory!
Share A Memory
Plant a Tree