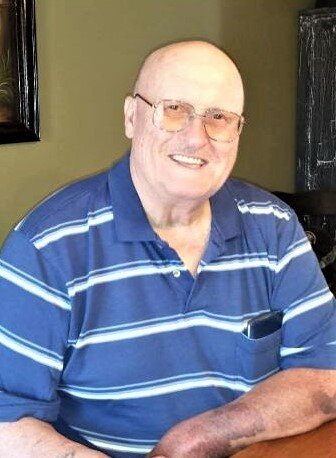 Please share a memory of Jerry to include in a keepsake book for family and friends.
View Tribute Book

He was born January 19, 1948, in Rome, a son of the late Donald and Cecilia Morency Harris. Jerry worked many years as a truck driver working for various trucking companies in the Rome area.  He was a member of the Smith Post American Legion and a life member of the Izaak Walton League in Rome.  He was a longtime history buff and enjoyed studying the American Revolution and Civil War eras.  In his pastime, he loved spending time with his family, fishing and hunting or just taking a joyride in the country.  He was an avid and proud Buffalo Bills fan.

Jerry is survived by his family, Cathy Dunham and Justin Dehart, Victoria Byrd, John and Ibi Raymond, Donald Harris and Lisa Martin, and Matthew Harris; a sister, Yvonne Harris; two brothers, Ronald and Corina Harris and Randall Harris; 17 grandchildren and 3 great grandchildren with 1 on the way; and several nieces and nephews.  He was predeceased by a son, Jerry J. Harris, Jr.

The funeral service will be held on Tuesday at 6:00 PM, at the Barry Funeral Home, 807 W. Chestnut Street.  Burial will be in St. Mary’s Cemetery.

Relatives and friends may call at the funeral home on Tuesday from 4 to 6 PM, prior to the funeral service.

Look inside to read what others have shared
Family and friends are coming together online to create a special keepsake. Every memory left on the online obituary will be automatically included in this book.
View Tribute Book
Share Your Memory of
Jerry
Upload Your Memory View All Memories
Be the first to upload a memory!
Share A Memory
Plant a Tree