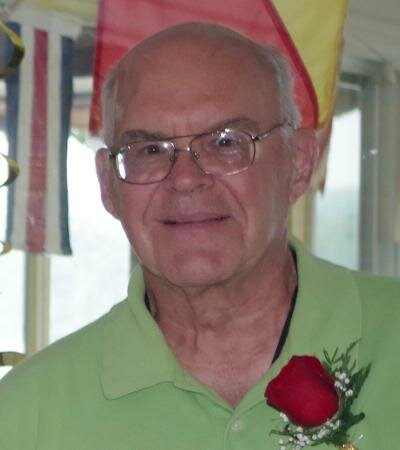 Please share a memory of Paul to include in a keepsake book for family and friends.
View Tribute Book

Paul was born in Bellefontaine, OH on March 22, 1945. He was the first son of Richard and Dorothy (Geer) Cotton. He graduated from Marysville High School in 1963 and graduated from Springfield Technical School in Springfield, OH in 1965. Later that year, he enlisted into the Air Force and obtained the rank of Sergeant. On May 11, 1968, he was united in marriage to Shirley Jones at St. John’s Lutheran Church in Rome, NY.  He was then deployed to Thailand during the Vietnam War. After the Air Force, Paul worked as a senior electrical engineer at Revere Copper, Rome, NY for over thirty years.  After a medical setback, Paul retired and eventually volunteered at Rome Hospital.

Paul was a member of the Floyd Volunteer Fire Department and served for many years, actively, and then was appointed a life member. While an active member, he was a Commissioner and was in charge of the soda concessions for many years during the Field Days.  Many people called upon him for help with odd jobs. Even though he was a “jack of all trades”, he mainly helped anyone with his knowledge of electrical wiring. He was always there to lend a hand. Through the years he always enjoyed playing cards and spent many weekend nights with various friends laughing, eating and playing Pitch.

Paul is survived by his wife of 53 years, Shirley (Jones) Cotton; his daughter, Lisa (Donald) Davis, Stittville; his son, Richard (Jennifer) Cotton and grandsons, Zachary and Austin Cotton, Stittville and several “grand puppies”. He is also survived by his mother, Dorothy, in Marysville, OH; a sister, Sandra “Sandy” (Dr. Frederick) Asche, Millington, TN, two brothers David (Beverly) Cotton of Marysville, OH, and Joe Cotton of Powell, OH; and several nieces and nephews from coast to coast. Paul also leaves behind many friends who are very special to our family, especially Robert and “Butch” Grems and “Sis” Furman. It would be a shame not to mention his current dog Penny and former dogs Minnie Pooh and Snickers. He was predeceased by his father.

If you knew Paul, you knew about his love, strength, dedication, work ethic, selflessness and of course his jokes and laughter.

Relatives and friends may call at the Barry Funeral Home, 807 W. Chestnut Street, Rome, NY on Monday, November 1, 2021 from 4 to 6 PM. Funeral services will be held on Monday at 6 PM, at the funeral home.

Burial with military honors will be at 11 AM on Tuesday, November 2, 2021 in Townsend Cemetery, Stittville. There will be a Celebration of Life at the Floyd Fire Department at noon.

In lieu of flowers, donations in Paul’s memory can be made to the Floyd Volunteer Fire Department or the Central New York Brain Aneurysm Campaign.

Look inside to read what others have shared
Family and friends are coming together online to create a special keepsake. Every memory left on the online obituary will be automatically included in this book.
View Tribute Book
Share Your Memory of
Paul
Upload Your Memory View All Memories
Be the first to upload a memory!
Share A Memory
Plant a Tree