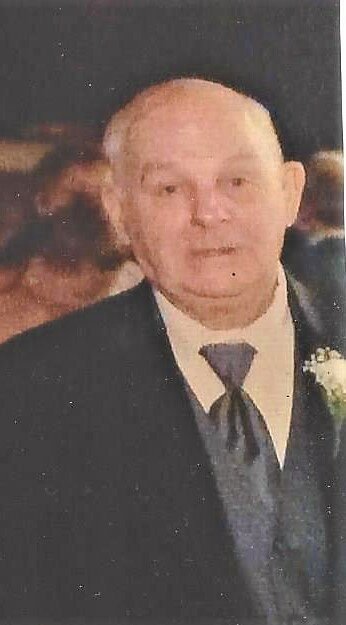 Raymond F. Camadine, age 88, of Rome, passed away peacefully on September 4, 2021, at the Abraham House of Rome.

Ray was born in Rome on March 13, 1933, to the late Ralph and Gladys Seelman Camadine, and educated in the Rome Schools. He proudly served his country in the U.S. Navy and was honorably discharged. On October 14, 1967, he was united in marriage to the former Carol A. Moore; a blessed union of nearly 53 years until her passing on April 21, 2020. Ray worked and retired from Orion Bus Industries.

Ray enjoyed stock car racing and listening to live music. His favorite band was Soul Injection and he loved Michael Bublé. He was a member of the Smith Post #24 American Legion.

Ray is survived by his daughter, Kim (Peter) Andrella of Mattydale, NY; a son, Jeff Camadine of New York Mills; his “second” daughter, Julie Matt; a sister-in-law, Joanne Moore a niece, Ashley Reed; many cousins, especially his cousin, Joyce Lowery, whom he was very close with; and a close friends, Pete Newey and Dave Potacki. He was predeceased by a daughter in law, Nancy Camadine; a brother-in-law, Theron “Sarge” Moore, Jr.; his in-laws, Theron and Helen Moore; and his godson, Kevin Cornish.

The family would like to thank Dr. Din and his staff at Slocum-Dickson, and the staff at the Abraham House of Rome for their care and compassion shown to Ray and his family.

Ray’s funeral will be held on Friday at 4 PM at the Barry Funeral Home, 807 W. Chestnut Street. Burial with military honors will be in Evergreen Cemetery.

Relatives and friends may call at the funeral home on Friday from 2 to 4 PM prior to the funeral.

In lieu of flowers, donations may be made to the Abraham House.