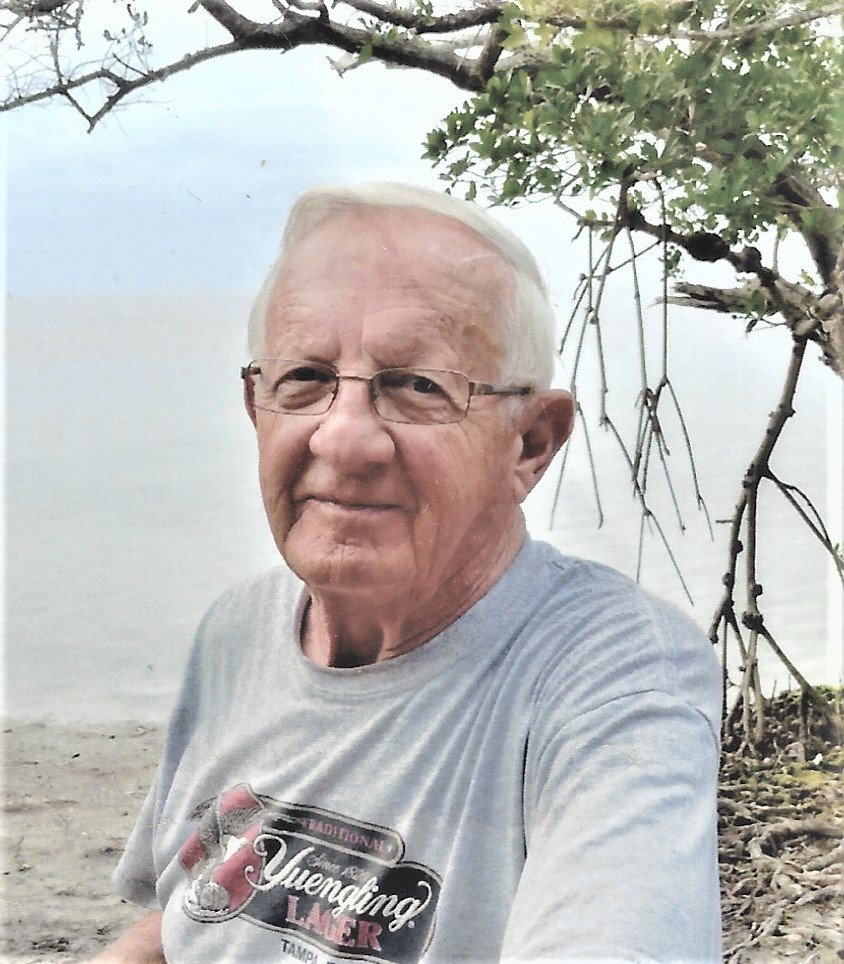 Kenneth E. Kohli, 77, life-long Roman and recently of Richmondville, New York and Palmetto, Florida, passed away peacefully Saturday, August 7, 2021 with his loved ones at his side.

Ken was born in Rome, New York on July 10, 1944 to Barbara Ellen (Corr) and Emil “Mike” Kohli. He was the third of four children, Carolyn (Gail), Brenda and Wendy, growing up on Main Street in Westernville, New York. He graduated from Holland Patent Central School in 1961 and worked at Wardwell Hardware and the Rome Sentinel before enlisting in the Air Force, entering basic training at Keesler AFB, Mississippi in November 1963.

While in the Air Force, Ken served as an air traffic controller at Phan Rang Air Base in Ninh Thuận Province, Vietnam, receiving an honorable discharge in January 1967.

Ken was united in marriage with Sheila Agnes Tormey by the Reverend Michael Johnson at St. Peter’s Roman Catholic Church, Rome on July 8, 1967, settling on Riverview Parkway North in Rome where they raised their four boys, Michael, Kevin, Eric and Marc. Sheila passed on September 21, 2009 from glioblastoma. Several nurses who cared for Sheila at Eastern Star Home in Oriskany became close friends of Ken and his boys and remain so to this day.

Ken returned to work at the Rome Daily Sentinel for ten years following his discharge and eventually became a professional firefighter with the Rome Fire Department, serving from June 16,1977 until his retirement on January 24, 2003. Ken was a very proud firefighter as evidenced by his vast collection of memorabilia that included vintage fire extinguishers, helmets, and hydrants and t-shirts from various fire departments he visited in his travels.

Ken was also a “dad” to many of the Riverview Parkway kids and his sons’ friends. But his most proud role was that of Papa to his nine grandchildren, Molly, Ainsley, Will, Alix, Josh, Nicholas, Sean, Lena and Gabby as well as his companion of 10 years, Joan Allen’s grandsons Gregory and Daniel.

Ken and Sheila liked to spend time traveling, camping, planning neighborhood parties on Riverview Parkway, and attending all of their boys’ baseball games. When their boys were done playing ball, their interests turned to their grandchildren’s activities. Prior to Shelia’s passing, they had also taken an interest in antiques, visiting antique shops and auctions in search of firefighter memorabilia and furniture for Ken to refinish.

Ken and Joan started a relationship in 2010 that continued until his passing. They spent much time traveling, primarily back and forth between New York and Florida and purchased a home together in Palmetto, Florida where they spent winters for many years.

Friends and family may call on the family at Barry Funeral Home, 807 Chestnut Street, Rome on Wednesday, August 11 from 11:00 a.m. to 2:00 p.m. with the funeral to follow. Internment will be at St. Peter’s Cemetery, East Dominick Street, Rome following the services. Online tributes may be left at www.BarryFuneralHome.com

In lieu of flowers, the family has requested that donations be made in Ken’s name to St. Jude Children’s Research Hospital or the American Cancer Society.