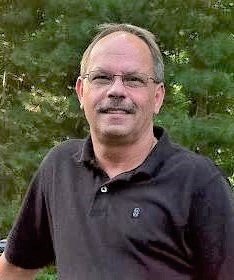 He was born June 26, 1956 in Winston-Salem, NC, the son of William Jackson and Ruth Utt Jackson. Kenny graduated from Salem High School in 1975. He joined the United States Air Force and served from 1979 to 1987 when he was honorably discharged.

During his career in the aviation industry, he held multiple positions from aircraft mechanic to director of maintenance. He was most recently employed with CommutAir in Albany, NY.

On August 10, 1985, he married his wife Mary Long in Rome, NY. The thing Kenny loved most was spending time with his family. His most cherished moments were with his granddaughters, Leah and Hallie, and he was looking forward to the addition of two more grandchildren.

The family would like to especially thank Dr. Rashid Girshab for his compassion and kindness during this difficult time.

Kenny will be dearly missed.

Services will be held at the convenience of the family.

To plant a beautiful memorial tree in memory of William Jackson, please visit our Tree Store