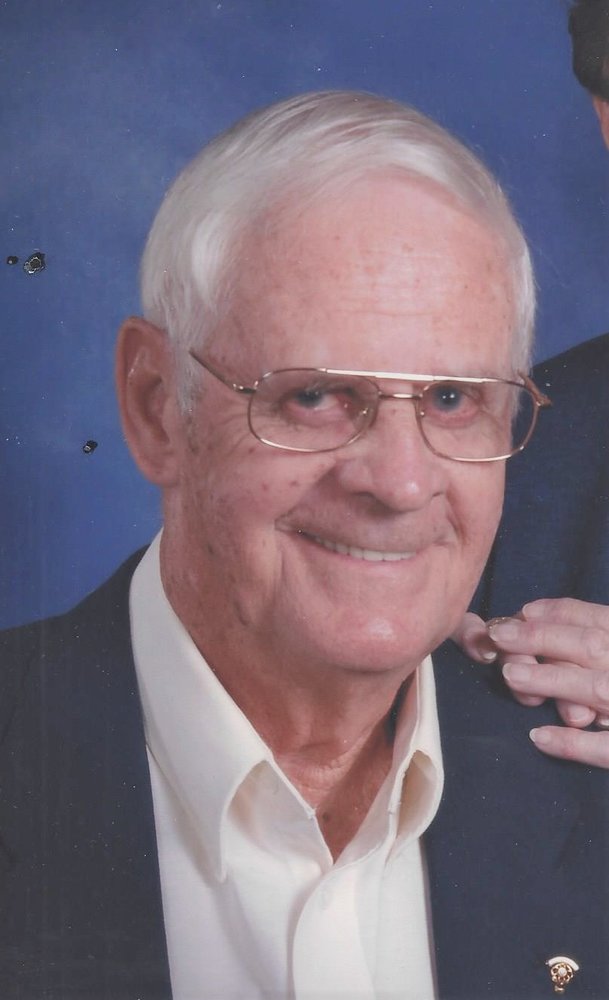 He was born November 11, 1930, in Rome, a son of the late Alfred J. and Mary Murphy Baker, and graduated from Rome Free Academy.  Ed was united in marriage to the former Gail McCarney, on June 5, 1954, at St. Peter's Church.  He owned and operated the J. F. Pepper Company in the Town of Lee, for many years.  Ed proudly served in the United States Marine Corps during the Korean War.  He was a member of St. Paul's Church.  He also was a life member, Past Exalted Ruler and District Deputy of the Rome Elks.

Ed was an avid golfer and cherished the many friends he made over the years   He also enjoyed making wood slat pictures for family and friends.

A Funeral Mass of Christian Burial will be held at a later date.

Memorial contributions may be made to the Rome Elks Building Fund.

To plant a beautiful memorial tree in memory of Edwin Baker, please visit our Tree Store

A Memorial Tree was planted for Edwin
We are deeply sorry for your loss ~ the staff at Barry Funeral Home
Join in honoring their life - plant a memorial tree
Services for Edwin Baker
There are no events scheduled. You can still show your support by planting a tree in memory of Edwin Baker.
Plant a tree in memory of Edwin
Share Your Memory of
Edwin
Upload Your Memory View All Memories
Be the first to upload a memory!
Share A Memory
Plant a Tree