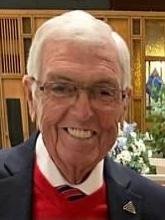 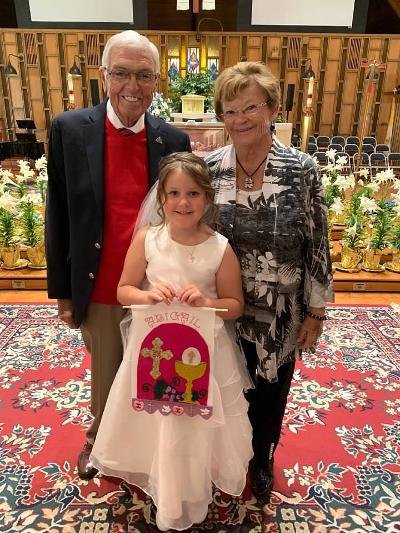 He was born October 22, 1943, in Rome, a son of the late John Anthony and Doris Jean Miller Barry.  He graduated from Rome Free Academy and Simmons School of Mortuary Science.  John was united in marriage to Regina M. McKevitt, on October 22, 1966, at St. Peter’s Church, a blessed marriage of 54 years.  He worked in various funeral homes in Ithaca and Utica before establishing Barry Funeral Home in 1974, in Rome, with his brother, Kevin.  He served six years in the NYS Army National Guard and was a communicant of St. Paul’s Church and the Rome Knights of Columbus.

John was very proud to be a funeral director in Rome.  He served everyone with a true sense of compassion, kindness and friendship---Rome is his home.  He was a member of the National, New York State and Tri-County Funeral Director Associations

John was an active member of the community.  While working in Utica, he served as the president of the Utica Jaycees and became a JCI Senator.  After moving back to Rome, he became active in the Rome Elks, serving as Exalted Ruler for two consecutive years and guided them through a major building renovation.  He also served as a District Deputy for the Rome Elks.  He very proudly served as the City of Rome 6th Ward Councilor for fourteen years from 1992-2006, and always endeavored to serve Rome’s best interest.

John enjoyed a variety of sports but his passion was golf.  He was a long-time member of Teugega Country Club.  John and Genie had the opportunity to play many rounds of golf together over the years.  He also served as President of Teugega Country Club and guided them through a major renovation of the clubhouse.  He had the skill and good luck of scoring two “holes-in-one” at Teugega; holes #3 and #15.  He later had a “hole-in-one” at a golf course in Florida, where he spent the winter season.  He proudly displayed his many “momentos” of golf and Teugega in his family room.

John is survived by his loving wife, Genie; a son and daughter in law, Timothy V. and Anne Marie Barry of Cicero; cherished granddaughter, Abigail; two brothers and sisters in law, Ronald C. and Lisa Barry of Rome, and Kevin T. and Christina Barry of Rome; a brother and sister in law, Tom and Joyce McKevitt of Whitesboro; several cousins, nieces, nephews, grand nieces and nephews; a special and caring friend, Michele Pfeiff of Rome; his “scotch and cigar support group” and a host of golf buddies and great friends; and his canine buddy, “Bandit”.

A Mass of Christian Burial celebrated by Rev. Robert L. Kelly will be held on Saturday, at 11:00 AM, at St. Paul’s Church.  Burial will be in St. Peter’s Cemetery.

Relatives and friends may call at Barry Funeral Home, 807 W. Chestnut Street on Friday, from 4 to 7 PM

Memorial contributions may be made to the Michelle Adey Fund.