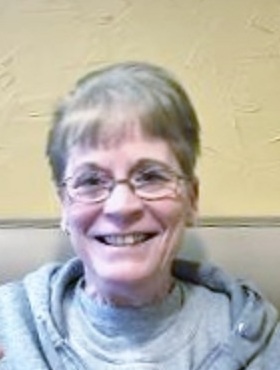 She was born January 11, 1951, in San Jose, CA, the daughter of the late Edward Viergutz and Viola Lamar Bromley.  Janet was united in marriage to Richard Duell on January 12, 1974, in Reno, NV; he died June 10, 2007.  She worked for many years as a secretary at Mondrick Plumbing in Rome.

Janet’s life revolved around her family, the many friends she made over the years, and her four feline companions.  She will be remembered for her incredible generosity and selflessness, touching so many lives.

The family wishes to thank Ann and Jay Lieb, Marissa Sutton, Kevin Sutton, Kelle Moonen and Gary and Ginny Plunkett, for their compassion and friendship extended to Janet over the years.  The family also extends a special thank you to the Abraham House and Hospice Care staff.

Relatives and friends may call at Barry Funeral Home, 807 W. Chestnut Street on Friday from 4 to 7 PM.

In lieu of flowers, contributions can be made to the Abraham House, 417 N. Washington Street, Rome, NY  13440.

Burial will be in Evergreen Cemetery.

A “celebration of life” will be held at a later date.