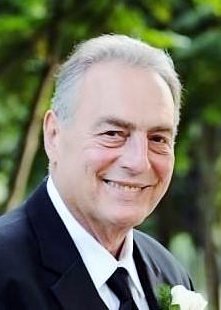 Michael was born in Rome on January 19, 1947 to Angelo and Susan Gulla Del Piano. He graduated from Rome Free Academy in 1966 and went on to further his education with degrees from St. Gregory's College in Oklahoma and Walsh College in Ohio. On November 27, 1981, he married the former Cynthia A. St. Thomas, a marriage of over 38 years filled will love, fun, laughter, and good food.

Michael was very proud of his two children; Andrea and Michael, and his two grandchildren; Liza and Jacob. Michael enjoyed cooking Italian food, and he was a three-time champion for "Best Meatballs" at the East Rome Memories Contest. He was formerly employed at Rome Manufacturing. After leaving there he was employed by the Rome DDSO retiring in 2009. He was the Public Employees Federation Region 6 Coordinator for many years. A true union activist, Michael was involved in many aspects of his union, including being a mentor to many of his members. He would later become an employee of PEF serving as Director of Retiree Services; a job he called his favorite in his entire working career. He was a recipient of the Samuel L. Gompers award from the AFL-CIO for outstanding union service and dedication. Michael also served as a coach for several years in the William A. Valentine Girls basketball league. He was lifelong member of St. John the Baptist Church. Michael was blessed with the "gift of gab" and made friends wherever he went.

Michael's family would like to extend their sincere gratitude to the entire staff at the Rome Memorial Hospital Wound Clinic, especially Jennifer Fields, and Nascentia Home Health Care Nurses. They all worked tirelessly to keep Michael going during his illness. His family would like to express their gratitude to the entire staff of the Rome Memorial Hospital PCU, and to all the doctors, nurses and nurse assistants who out of their way to make his last days as peaceful as possible.

Friends and family are invited to calling hours on Thursday, August 20, 2020 from 4:00PM to 7:00PM at Barry Funeral Home, 807 W. Chestnut Street, Rome, NY 13440. Due to COVID-19 Restrictions, you will be required to wear a mask and adhere to proper social distancing protocol.

In lieu of flowers, the family asks that you consider a donation to the American Diabetes Association or the Rome Humane Society.