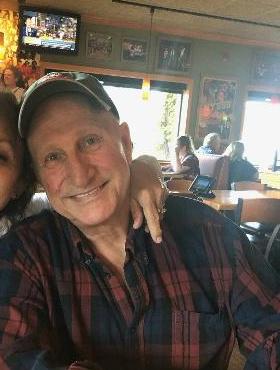 Obituary of John A. Fisher, Sr.

John was born in Rome on March 14, 1948 to the late Irene Van Norton Fisher. John attended school in Rome, NY, and received an Associates’ Degree from MVCC. On July 9th, 2002, he was united in marriage to the former Caroline Franco. John worked at the Rome DDSO, retiring as a supervisor after nearly 37 years of service.

John enjoyed spending time with family and friends, he enjoyed woodworking, building several tables and sculptures. He was very knowledgeable with electronics and computers and even built his own. He loved playing cards, country music, playing his guitar, photography, and his crabbing trips with friends to Baltimore.

The family would like to extended a special thank you to Hospice, the nurses, Dr. Alessi and the many special friends for their care and compassion shown to John.

A Mass of Christian Burial will be held on Friday at 1 PM at the Church of St. John the Baptist in Rome, NY with the Rev. Paul F. Angelicchio officiating. Those attending must wear face coverings and adhere to the social distancing guidelines.

In lieu of flowers, donations may be made to Hospice and Palliative Care and/or the Abraham House.