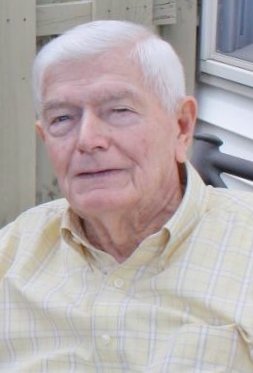 He was born November 22, 1929, in Philadelphia, PA, a son of the late Joseph and Victoria Jako Chilkotowsky, and attended Philadelphia schools.  Stan was united in marriage to the former Helen Yaworski, on May 12, 1962, in St. Nicholas Ukrainian Orthodox Church; she died November 18, 2019.  He was the owner and operator of Chick’s T.V. in Rome for many years.  He proudly served in the United States Army air Corps and is a World War II veteran.

Stanley was a member of the Elks, Moose, Odd Fellows and Ukrainian Clubs.  He sponsored many Men’s Fast Pitch Softball and Bowling teams over the years, as well as being a participant.  His greatest treasure was spending time with his family.

Stan is survived by daughters and sons in law, Mary Lou and Michael Alguire of Rome, Laura and William Fleck of Rome, Carol and John Pettinelli of Camillus and Stephanie and John Wood of England; a son and daughter in law, Paul and Francine Chilkotowsky of Rome; grandchildren, J.J. Kennedy, Paul Chilkotowsky, Sarah and Jake Pohl, Amy, Mary Jo and Jamie Fleck, Derek and Dylan Pettinelli, Sierra Alguire, and Charlotte and David Wood; great grandchildren, Macie Pohl and Georgia Wood; and several nieces and nephews.  He was predeceased by a son, Stanley J. Chilkotowsky, a sister, Alice and two brothers, Roland and Joseph.

Stanley’s family would like to thank the staff at Bethany Gardens for their care and compassion over the past six years. The staff from the 4th floor, and the activities department were especially kind during the time he resided there.

Due to the Covid-19 pandemic, funeral services will be private

Please offer online tributes or light a candle at:  www.BarryFuneralHme.com