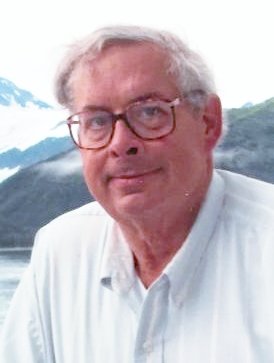 Bruce M Renders, D.D.S., 76, Rome, moved on to Heaven, April 17, 2020, accompanied by a host of angels by his side, while he was in the ICU at St. Luke’s Hospital after suffering complications from a stroke.

Bruce was born on June 22, 1943 in Rome, New York. Son to the late Elmer W. Renders and Dorothea (Kosh) Renders, he was active in the Boy Scouts and proudly earned the rank of Eagle Scout and was elected to the council of the Order of the Arrow. After graduating from Rome Free Academy in 1963, Bruce attended Utica College and became a member of Alpha Phi Delta fraternity. He was accepted into an accelerated dental program in partnership with University of Buffalo, where he became a member of Delta Sigma Delta dental fraternity. Completing his education a year early, Bruce became a Doctor of Dental Science in 1968. His decision to pursue dentistry stemmed from his experience of primitive dental care during his childhood and that fueled his passion to offer gentle and more effective care to others.

Bruce married the love of his life, Gretchen L. Schmuck at St. Paul’s Roman Catholic Church in Rome, NY, on June 24, 1967. He and his wife have been communicants at St. Paul’s for the last 30 years and renewed their vows with Fr. Kelly on their 50th anniversary in 2016.

After earning his doctorate, Bruce joined the in the U.S. Army and entered the Medical Department as an officer in the Army Dental Corp. Upon honorable discharge in 1970, he returned to Central New York and began a private dental practice in Boonville, NY where he took great pride in caring for the community for the past 50 years.

Bruce was intelligent and creative and appreciated a wide range of art forms, from oil and watercolor paintings, to folk art and stained glass. He enjoyed attending craft fairs and auctions and had a great love for antiques, wooden toys and Corvairs. He enjoyed coin and stamp collecting and spent countless hours boating on Lake Delta and decades of summers vacationing on the St. Lawrence River with his wife and children, where he created a lifetime of memories. He enjoyed the tranquility of fishing even though the level of tranquility was dependent upon the company he kept.  He proved a man can find happiness with need for only a few close friends, and choosing wisely as the few he cherished lasted his lifetime. His wife and children are grateful to those friends and thank them for their invaluable companionship.

Bruce was a true diamond in the rough, and even though he may have appeared unpolished to those who did not know him, the treasure beneath shone through to his friends and family. A man of action, not words, he taught his children the value of hard work and attention to detail.  He had a keen sense of humor, and will be remembered for his witty remarks and quips.

He is survived by his wife of 54 years, Gretchen; and three children, Bryce D. Renders (Rome), Jennifer (Renders) Earl, Lowville, and Jonathan M. Renders (Westernville). His love and pride for his three grandchildren, Ireland, Tucker, and Lila, could not be hidden and was clearly visible to anyone who made an inquiry. He is survived by his only sister, Dorothea (Renders) Alessi; and two nieces, along with nieces and nephews through his wife’s family.

From pearly whites to the pearly gates, Bruce will be loved and remember by his friends and family. We will be reminded of him with every smile that greets us.

Funeral services will be private. Burial will be in Evergreen Cemetery.

In lieu of flowers, donations can be made in his memory to the Joseph Michael Chubbuck Foundation.