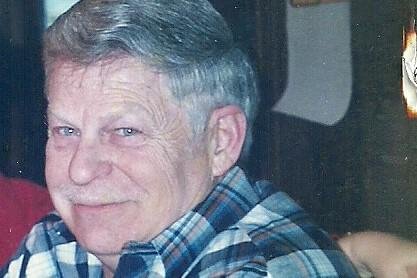 Donald G. Cole, 77, Town of Lee, passed away in the comfort of his home on Easter Sunday, April 12, 2020, after an extended struggle with multiple health issues.

He was born August 11, 1942, to Arthur and Agnes Throne Cole, in the Town of Lee.  Don attended Holland Patent School.  He was employed at Rome Strip Steel for 39 years when he retired in 2005.  Don’s passion after retirement was riding his motorcycle.

On June 30, 1978, Don married Martha Cole.  Their daughter, Misty Leffingwell, was a great source of strength, especially during the last few years while his health was failing.  Don treasured the years he was fortunate enough to spend with his sidekick, his grandson and light of his life, Zac Leffingwell.

Don is survived by his wife, Martha, his daughter, Misty Leffingwell (Dan Lee) of Lee Center; son Stephen Cole (Felicia), Town of Ohio; son Donald F Cole of Westernville; and daughter Doreen Cole of Taberg; along with many grandchildren and great-grandchildren. He is also survived by his brother William (Nita) Cole, Westernville; and a sister, Nancy (Harold) Kwaskniewski, Lee Center; as well as several nieces and nephews. Don was predeceased by his parents and his brother Arthur Cole.

Many thanks to Dan Lee for being Don’s “go to man”! Special thanks to Briana Metzler, FNP who was always there for Don, providing as much help as he would allow.  Thanks to the Lake Delta EMS and Oneida County Sherriff’s for their assistance and support in our time of need.

In honoring Don’s wishes, there will be no calling hours.