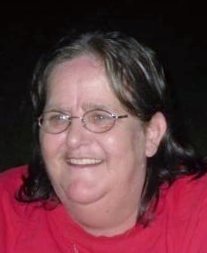 She was born September 14, 1953, in Rome, a daughter of the late Joseph and Madeline Cutler Lamphier, and attended Rome schools.

Cora was a sassy, out-spoken, big-hearted and kind person, who enjoyed playing bingo and online shopping on Amazon.  However her greatest joy was spending time with her “grand babies”.``

Cora is survived by daughters, Cathy Dunham of Rome, and Victoria Byrd of Louisiana; sons, Donald Harris of Camden, and Matthew Harris of Rome; sisters, Barbara Lamphier,  Betty and James, Sr. Fisher, and Madeline Parsons, all of Rome; a brother William Robinson of Rome; 14 grand babies and 3 great grand babies.  She was predeceased by a son, Jerry Harris Jr.; a sister, Joann Coonrod; and brothers, Edward Cutler and Joseph Lamphier, Jr.