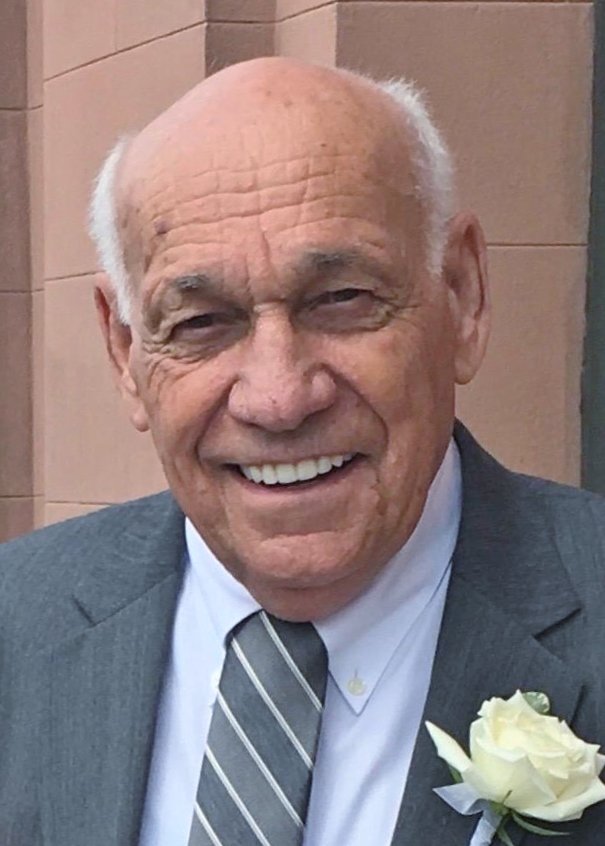 LaMont “Monty” E. Ossont, Jr., age 85, of Rome, NY passed away peacefully on February 21, 2020 after a courageous battle with COPD and lung cancer.

He was born August 1, 1934 in Mohawk, NY, a son of the late LaMont E. and Dorothy Dale Ossont. He graduated from Holland Patent High School and attended Indiana Tech. He proudly served during the Korean War in the United States Army from 1953-56. LaMont was united in marriage to the former M. Rita Boisvert on July 19, 1958 in St. Mary’s Church in Massena, NY.

He formerly worked at General Cable Corporation as the Regional Transportation Manager. He was a member of Delta Nu Alpha, a national transportation organization, from which he received the Educator of the Year Award. Later he was a Traffic Management Specialist at RADC at Griffiss Air Force Base, retiring after many years of distinguished service.

Monty enjoyed boating, traveling and spending vacation time with his family. He was an active supporter of Rome Catholic High School and a member of St. Paul’s Catholic Church.

The family sincerely wishes to thank the staffs of Rome Memorial Hospital and especially the Pulmonary Rehabilitation Program, VNA of Utica and Oneida County, Hospice and Palliative Care, and the Abraham House of Rome for their care and compassion extended to Monty during his illness.

Memorial contributions may be made in LaMont’s name to the Abraham House of Rome, 417 N. Washington Street, Rome, NY 13440, or the Holland Patent Hose Company, 9531 Center St., Holland Patent, NY 13354, where Monty served as a volunteer fireman.