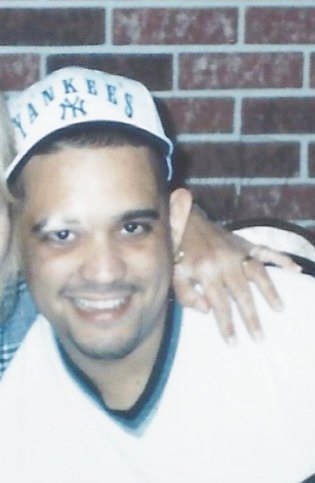 Hector Juan Rodriguez, Jr, age 42, of Rome, passed away February 14, 2020, due to injuries suffered in a motor vehicle accident.

He was born April 30, 1977, in Ponce, Puerto Rico, a son of Hector Juan and Luz Maria Rosario Rodriguez, and graduated from Puerto Rico schools.  He was employed at Owl Wire Co. in Rome.

Hector was a hard-working family man, who always put his family above everything else.  He was a talented handyman who could fix just about anything and was a proud New York Yankee fan.

Hector is survived by his loving companion of 22 years, Jacky Scalise; three sons, Ty, Connor and Anthony Rodriguez, all of Rome; His mother and father, Hector and Luz Maria; in-laws, Tim and Sandy Rumsey of Rome, and Jack Scalise of Rome; four sisters, Francisca and Luis Guzman of Rome, Glendalis Rodriguez and Larry J. Santiago of Rome, Jennifer Rodriguez of Las Vegas, and Gloria M. Rosario and Javiar Rosado of Rome; a brother, Juan and Vannessa Rodriguez of Philadelphia, PA; and several nieces and nephews.

The funeral service will be held Saturday at 2:00 PM, at Barry Funeral Home, 807 West Chestnut Street.  Burial will be in the spring in St. Peter’s Evangelical Lutheran Cemetery, in Verona.

Relatives and friends may call at the funeral home on Saturday, from 12 Noon to 2 PM, prior to the funeral service.