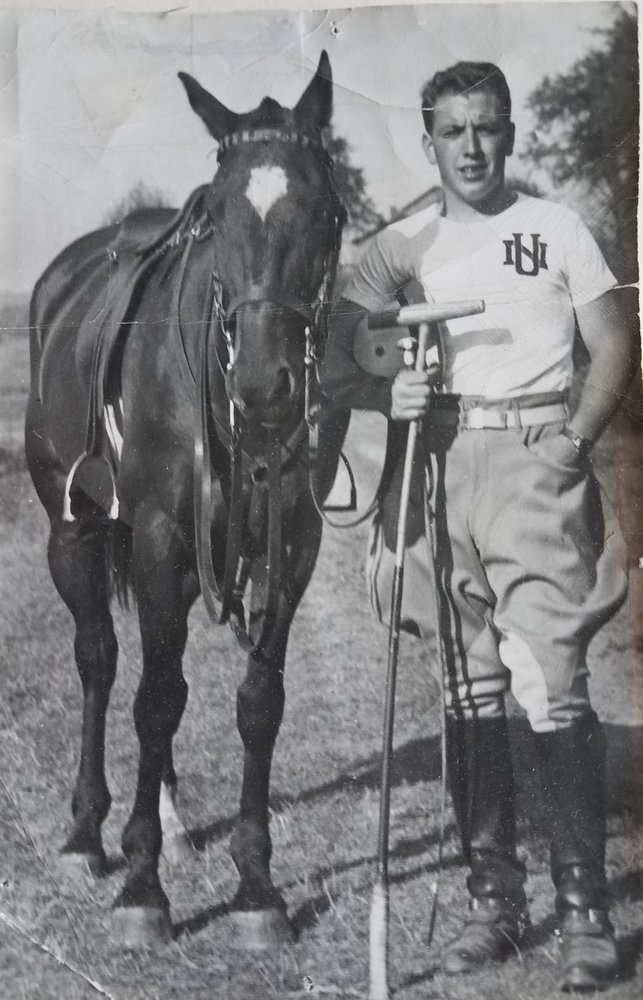 Obituary of Joseph A. Alari

He was born in Somerville, MA, on July 27, 1928, a son of Hugo R. Alari and Eva Mazzei Alari. He graduated from Somerville High School in 1946 where he played football. He then attended Norwich University in Northfield Vermont, where he graduated in 1950 with a BS degree in Civil Engineering and was commissioned a 2nd Lieutenant in the Armored Cavalry. At Norwich, he was a Distinguish Military Student, a member of the Sigma Nu Fraternity and played on the polo team.

After graduation, he spent a year with a consulting firm in Boston before being called to active duty in 1951 for the Korean conflict, and served in Germany with the 143rd Tank Battalion, 43rd Infantry Division. Almost immediately after his discharge, he took civilian employment with the Dept. of Defense, US Air Force, and spent the next nine years working overseas at Air Force bases in North Africa, France and Germany.  In 1963 he returned to the continental US to Griffiss AFB, Rome, as the Deputy Director of Physical Plant and remained at the air base until his retirement from Federal service in 1984. At that time, he became the Commissioner of Aviation at the Oneida Count Airport until 1989 when he entered private practice as a consultant in local constriction management until his final retirement in 1997.

Mr. Alari was an accomplished sailor and raced his Lightening many years at the Lake Delta Yacht Club where he was a past Commodore. He was also an avid skier and a member of the Woods Valley Ski Patrol for over 30 years and was past Ski Patrol Director. During his tenure at the county airport, he learned to fly his own plane achieving a single engine instrument license. He spent his leisure time in later years playing golf at Teugega Country Club and wintering at Hilton Head Island, SC.

He is survived by his son, Quinton and granddaughter, Dakotah in Seattle; and his predeceased wife Charlotte’s daughters, Katherine and Susan, and their children and grandchildren, all in Central NY.  He is also predeceased by a sister and two brothers.

Funeral Services will be held on Friday at 12 PM at the Barry Funeral Home, 807 W. Chestnut Street. Burial will be in Rome Cemetery.

Relatives and friends may call at the funeral home from 11 AM to 12 PM prior to the funeral.