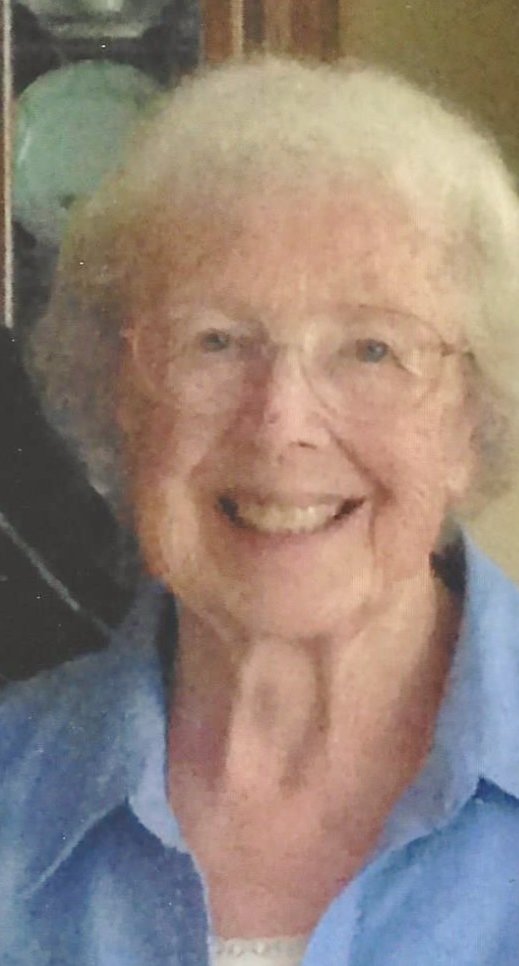 Jeanne M. Palmer, age 90, formerly of Rome, peacefully passed away with her loving family by her side on December 13, 2019, at the Charles T. Sitrin Health Care Center.

She was born July 6, 1929, in Amsterdam, a daughter of the late Raymond G. and Marguerite Hayes Ehrmann.  She graduated from the College of St. Rose in Albany.  Jeanne was united in marriage to Richard B. Palmer, on June 20, 1959, in Richfield Springs; Richard passed away June 9, 1978. After their marriage they settled in Rome where she began her career as a teacher at Staley Junior High School.  She also taught at Rome Catholic High School and later at MVCC.  She was a long-standing member of St. Peter’s Parish.

Jeanne is survived by a son and daughter in law, Michael and Sharon Palmer of Whitesboro; and a granddaughter, Dedra Palmer of Buffalo. She is also survived by a brother, George Ehrmann of Richfield Springs; and a sister in law, Mary Murphy of Ilion; several nieces and nephews; and special friend, Christine Bart. She was predeceased by a daughter, Marguerite A. Palmer; a brother, Edward; and two sisters in law, Meredith Ehrmann, and Joyce Ehrmann.

The family would also like to offer a special thank you to the staff at Cedarbrook Village, St. Luke's Hospital and the Sitrin Health Care Center for the care given to Jeanne.

A Mass of Christian Burial, celebrated by Rev. Sean O’Brien, will be held Wednesday at 11:00 am, at St. Peter’s Church, Rome.  Burial will be in the spring at St. Peter’s Cemetery.

Relatives and friends may call at Barry Funeral Home, 807 W. Chestnut Street, on Tuesday from 5 to 7 pm.

In lieu of flowers, contributions may be made to the Marguerite Palmer Memorial Scholarship Fund at Utica College.