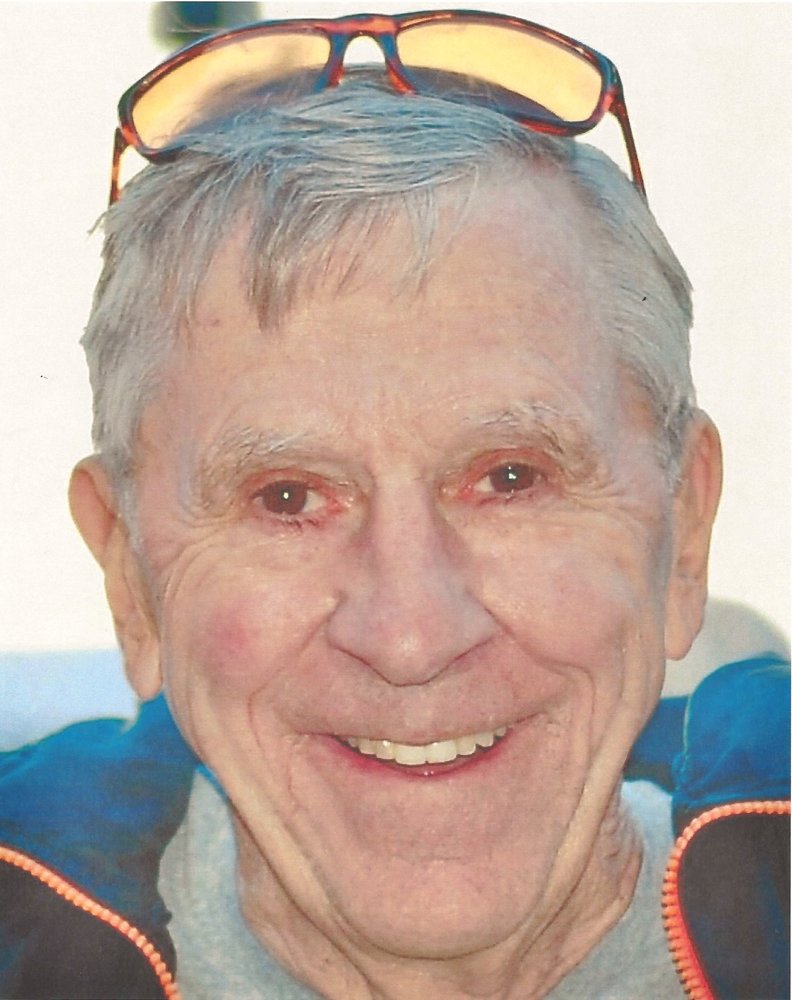 Anthony M. Kimball, 87, was born in Minneapolis, MN in 1932 and died at home in Rome, NY on November 30th after a mighty battle with leukemia.

Tony was a graduate of the Breck School, attended Colorado College and graduated from the University of Minnesota before joining the US Air Force. Following his assignment to Griffiss AFB in 1956, he moved into the house on his beloved Lake Delta, and never left. During his service, he was a Radar Observer in the 465th Fighter Interceptor Squadron, flying the F-89 Scorpion. In 1966, he married Linda Cherry, and they were a strong team for 53 years. Linda was his cheerleader and tireless caregiver throughout the two long years of his illness. Tony spent his post-military career working in sales for American Seating, Union Carbide and Praxair.

He worked hard and played even harder. He loved making first tracks at Woods Valley in winter, and windsurfing, waterskiing and sailing in the summer. He took up kite skiing when he was in his late 70s and could be seen buzzing across the ice on windy days. He delighted in sharing his sense of fun and adventure. He taught innumerable kids and adults to waterski and coached the junior ski racing team at Woods Valley in the 1980s. He and Linda hosted the International Invitational Kite Flying contest – the best party on Lake Delta during the 1970s and 1980s – and helped launch the annual Ring of Lights celebration that closes the season on the lake to this day. He was a long-time member of Sigma Chi fraternity, Griffiss Ski Club, Lake Delta Yacht Club, and First Presbyterian Church, and an active member of the Military Officers Association of America.  Along with his friend Dr. Herb Skogland, Tony helped found the AFJROTC program at Rome Free Academy. In retirement, he enjoyed volunteering as a reader in the second grade classroom at Gansevoort Elementary School.

Tony is survived by his wife, Linda, daughter, Kelly Kimball of New York, NY; son and daughter-in-law, Jeff and Danielle Kimball of Virginia Beach, VA; daughter and son-in-law Kristin and Mark Kimball of Essex, NY, and four granddaughters: Lauren, Kate, Jane, and Miranda. He was predeceased by his brother, Michael Kimball of San Antonio, TX and his sister Patricia (Kimball) Lang of Edina, MN.

The Kimball family wishes to thank his many friends for their support during his illness, including Dr. David Duggan and the staff at Upstate Cancer Center.

Calling hours will be at Barry Funeral Home, 807 West Chestnut Street, on Sunday, December 8 from 2 to 4 pm.

A funeral service will be held at First Presbyterian Church on Monday, December 9 at 11 am.