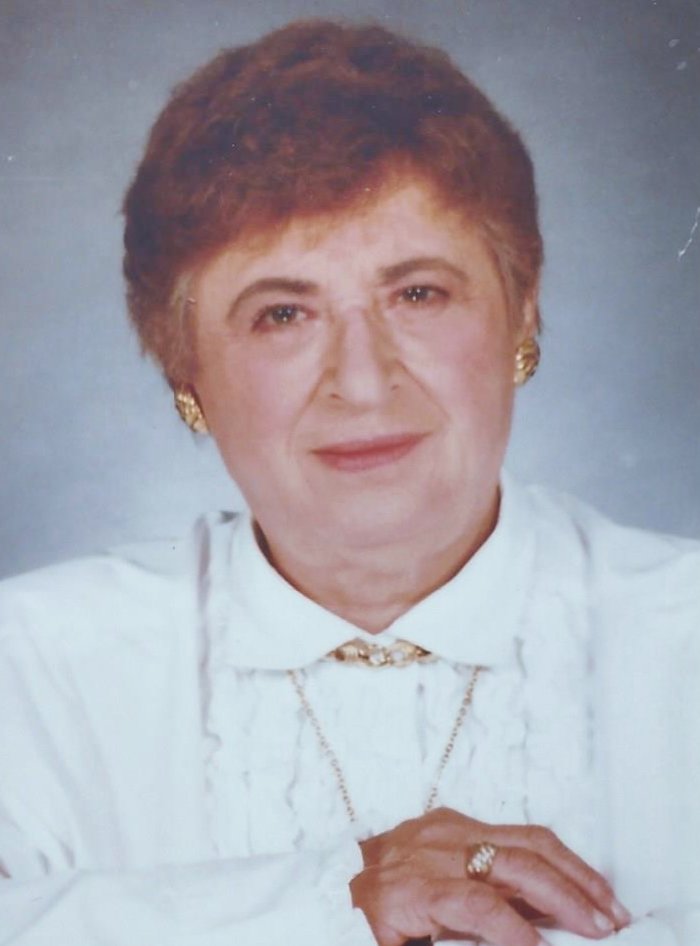 Kay was born July 21, 1924, in Akron, NY, a daughter of the late Lawrence and Jennie Blasi Cerato.  She graduated from Buffalo General Hospital School of Nursing in 1945.  She continued her education, earning a Bachelor’s Degree from the University of Buffalo, Master’s Degree from Columbia University and a Doctorate from the State University of New York at Buffalo.

Kay worked medical, surgical and obstetrical hospital services in Buffalo and New York City.  She proudly served at the rank of Lieutenant in the U. S. Navy Nurse Corps.  From 1957 to 1985, she devoted her professional career to nursing education with a clinical specialty in Women’s Health and a functional concentration in Curriculum.

In 1960, Kay joined the nursing faculty at SUNY Buffalo.  She taught both graduate and undergraduate students. For several years, she served as Department Chairman in maternal and Child Health.  In 1972, with a member of the medical faculty, she established the first Nurse Practitioner Training Program in Western New York.  From that point on she was primarily involved with the Nurse Practitioner movement, concentrating on Nursing Education, Practice, Research, Legislation and Grantsmanship.  From 1980 until retirement in 1985, she functioned as Professor and Project Director of the Women’s Health Nurse Practitioner Program; a federally funded Master’s degree program.

Kay was an active member of NAACOG; the specialty organization for Obstetrical, Gynecological and Neonatal nurses.  She held offices as Section Coordinator, District Vice Chairman and National Vice President.

In 1986, Kay moved to Leesburg, FL.  She remained moderately active in Nursing, doing some consultation along with a variety of other professionally related activities.  She was an early member of the Florida Society for Registered Nurses, Retired.  She established the Lake Chapter, initiated the Citrus-Marion Chapter and helped to reestablish the Tampa Bay Chapter.  She also served as a member at large on the Registered Nurses, Retired Board of Directors.

As the years rolled on, Kay became more active in the world of entertainment.  She studied “Clowning” at Lake-Sumter Community College and revived her interest in music. She played piano organ and keyboard, as well as the “Washboard” in the Scottish Highlands Kitchen Band. She also combined her “clowning” with music as she played Mrs. Santa Claus.

Although Kay never had children of her own, she had a plethora of nieces and nephews that she treated like her own children. Kathryn was the true matriarch of the family, passing down generations of family history and traditions.  She leaves behind two sisters and a brother in law, Mary Jane Zimmer of Cheshire, MA, Dr. James and Ann Brognano of Rome; five nieces, Mary (Larry) Bing of Massapequa Park, NY, Kathy (Brian) Quinones of Cheshire, MA, Joanne (Joe) Vitalone of Irving, TX, Mary (Joe) Campbell of Rome, and Lauri (Greg) Kondella of Jewel, NY; three nephews, Joe Burns of Anacortes, WA, Jim (Christina) Brognano of Rome, Tom (Mary Kay) Brognano of Rome; and a multitude of great and great-great nieces and nephews.  She was predeceased by brothers in law, Joseph Burns and Frank Zimmer.

Military Honors will be conferred at St. Peter’s Church.

Share Your Memory of
Kathryn
Upload Your Memory View All Memories
Be the first to upload a memory!