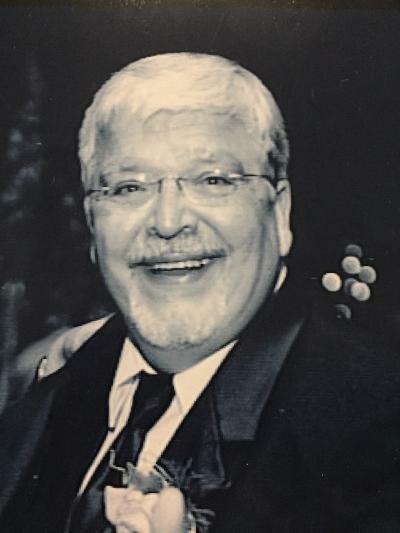 Please share a memory of Edward to include in a keepsake book for family and friends.
View Tribute Book

Edward C. Taraszkiewicz, age 73, of Rome, passed away with his loving wife and daughters by his side on October 24, 2021 at Rome Health after a courageous battle against COVID 19.

Ed was born in Lowell, MA on December 14, 1947, to the late Edward J. and Mary Modeski Taraszkiewicz, and educated in the Lowell Schools. He attended the Community College of the Air Force and DeVry University. On July 20, 1968, he was united in marriage to the former Kathleen Savard in a beautiful intimate ceremony in Cape Cod, MA. Ed proudly served his country during the Vietnam War in the U.S. Air Force, retiring as a Senior Master Sergeant in 1987. Following his 20-year military career, he worked at Birnie Bus where he was the Director of Developmental Disability Transportation.

Ed loved golf and was an active member in and organizer of several leagues in the area including the Mohawk Glen Senior League and the Buckaroos. In his earlier years, he played, umpired, and coached softball. He had a green thumb and took pride in his yard. He enjoyed bowling and playing poker, especially with his “MOP” crew. Ed was also a member of the Whitesboro VFW, Air Force Sergeants Association, Disabled American Veterans, and the ACLU.

Ed was a caring and compassionate man.  Each year he chose an underprivileged family to visit on Christmas Eve. He would dress up as Santa Claus, fill his sack with toys for the children, and provide a Christmas dinner for the family. His desire to help others is a value that has been passed on to his daughters.  Ed considered his three daughters his greatest accomplishment.

The family would like to thank the doctors and nurses in the ICU at Rome Health in particular, Dr. Sadat and dad’s angel Kaitlyn, for their support during Ed’s battle.

A memorial Mass of Christian Burial will be held on Friday, November 19, at 4 PM at St. Paul’s Church. Burial will be at the convenience of the family. Relatives and friends may call at the church from 2:30 to 4 PM prior to the mass. Masking is requested per CDC and Parish guidelines.

In lieu of flowers please consider a donation to the Democratic candidate/organization of your choice or to The Arc (Rome chapter). As an outspoken democrat (his Republican friends and family loved him nonetheless) who dedicated the second half of his career to people with developmental disabilities, these causes were near and dear to his heart.

Look inside to read what others have shared
Family and friends are coming together online to create a special keepsake. Every memory left on the online obituary will be automatically included in this book.
View Tribute Book
Share Your Memory of
Edward
Upload Your Memory View All Memories
Be the first to upload a memory!
Share A Memory
Plant a Tree