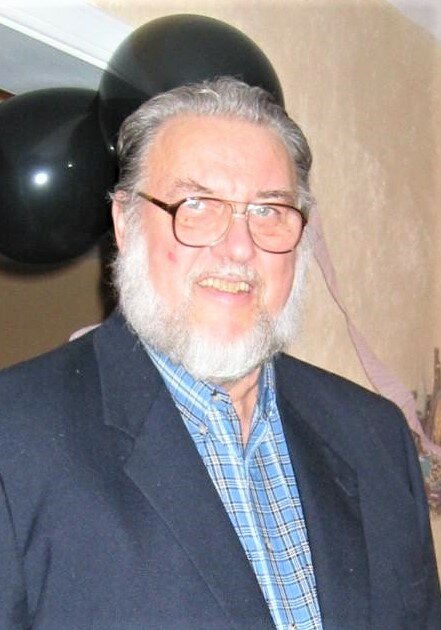 Robert (Grandpa Bob) Christy, 83, of Rome NY, passed away peacefully on October 16, 2021, at St Luke’s Hospital, with his two daughters by his side.

Bob was born October 11, 1938, in Amsterdam NY, the son of Robert and Helen Christy.  He graduated from Wilbur Lynch High School in Amsterdam NY.  He entered the United States Air Force as a Radio Equipment Repairman.  In military service to his country, he spent tours in France, Germany, Turkey and England, with brief times in Maine, California and finally retiring as an Electronic Computer System Technician from active service in Rome NY.  Not done with serving his country he continued as a Federal Civil Service Employee traveling the world doing electronic installations.  Upon his retirement from Federal Service, Bob continued his affinity for electronics by servicing and repairing time and temperature display signs outside of banks all over New York State.  He also worked for Orion Bus company rewiring buses.

Tinkering was so much in Bob’s nature that he built a time and temperature display sign outside his home in Lee Center.  He was continually building and modifying things to adapt to his tall frame.  He spent many years participating and running Dart Leagues.  He enjoyed following politics, frequently engaging anyone in discussion he could. Our greatest amusement was his fascination with recording TV shows up to 6 at time on his numerous VHS Recorders, so he could watch them later.

Bob’s family would like to express their gratitude to the Presbyterian Residential Community staff for their compassion and kindness during his time there. He felt secure and safe under their care.

As per Bob’s wishes, he will be cremated and interned in the Military Section of Rome Cemetery in Rome NY.

Private services will be held at the convenience of the family.

Arrangements have been entrusted to the Barry Funeral Home, 807 W. Chestnut Street.

To plant a beautiful memorial tree in memory of Robert Christy, please visit our Tree Store

Look inside to read what others have shared
Family and friends are coming together online to create a special keepsake. Every memory left on the online obituary will be automatically included in this book.
View Tribute Book
Services for Robert Christy
There are no events scheduled. You can still show your support by planting a tree in memory of Robert Christy.
Plant a tree in memory of Robert
Share Your Memory of
Robert
Upload Your Memory View All Memories
Be the first to upload a memory!
Share A Memory
Plant a Tree