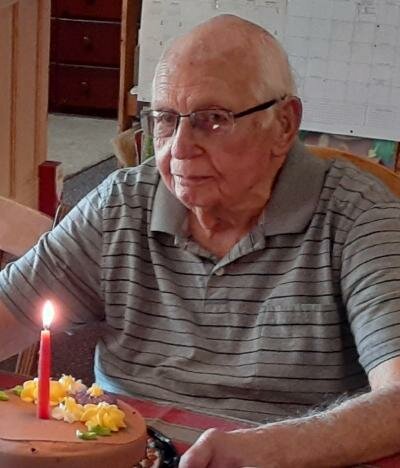 Lester Charles Morat, age 92, of Floyd, passed away peacefully after a brief illness, on Wednesday October 14, 2021, at Rome Health.

Lester was born in Rome on June 2, 1929 to the late Katherine and Charles Morat and graduated from Holland Patent Central School. On June 9, 1951, he was united in marriage to his life-long best friend, the former Anna Iselo; a blessed union of 59 years until her passing on August 19, 2010. He retired after working for 47 years as a New York State and Federal Milk and Dairy Inspector, many of those years with the Holland Patent Farmers Co-Op. Lester starting his career working the family farm in Westernville and at the former GLF (Agway) as a truck driver and then managed the Mathis Creamery & Dairy in South Rome.

His biggest joys in life were when he and his wife would go watch his children and then grandchildren, compete in sporting events, dance recitals, school plays and recitals. Anything that involved the family, as that was the most important thing in life for them. He loved to work outside in the lawn and especially his numerous flower and vegetable gardens and everyone said that Lester must have had a Green Thumb, because everything he grew was just right. When he either was too tired to be outside or needed to rest, he loved to watch re-runs of Western movies and series, with Gunsmoke one of his favorites and any movie with John Wayne in it.

Funeral services will be held on Wednesday October 20th at 11 AM at the Barry Funeral Home, 807 W. Chestnut Street, Rome with burial following in Townsend Cemetery, Rt. 365 in Stittville.

Relatives and friends may call at the funeral home on Tuesday October 19th from 4 to 7 PM.