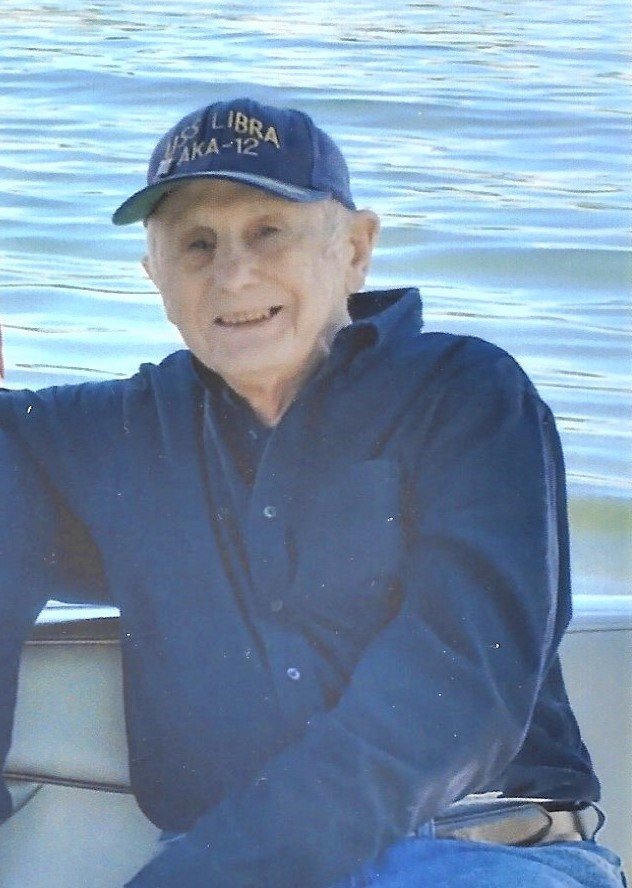 Carl W. Krombach Jr., 90 of Townline Road, passed away on the evening of July 22nd in the company of his children.

Carl was born in Rome, New York on September 27,1930 to Sarah and Carl Krombach.  He graduated from RFA in 1948 and later attended Morrisville College where he studied agriculture.  In 1951, he entered the Navy during the Korean War and served on an LTC ship called the Libra which carried landing craft. He was honorably discharged from the Navy in 1954.  He received training in the Navy which lead to his employment at Rome State School where he did maintenance work including plumbing and electrical. Carl retired in 1987 and continued to live in Rome.

Carl had an abundance of friends and family who loved him. He was an avid fisherman and deer hunter. His favorite activity was going to his log cabin at Beaver River in the Adirondacks. He was very good at construction including building not only the log cabin, but his own home, as well as for his daughter’s family.

Carl lost his wife Phyllis in 2017 and they had been happily married for 66 years. They had three children, John Krombach (Candace); Jody Crast (David) and Janice LaBarge (Gary). They also have three grandchildren, two great granddaughters, as well as another great granddaughter on the way.

He will be greatly missed by family and friends alike.

Funeral services will be held on Thursday at 2 PM at the Barry Funeral Home, 807 W. Chestnut Street. Burial with military honors will be in Rome Cemetery.

Relatives and friends may call at the funeral home on Thursday from 12 to 2 PM prior to the funeral.