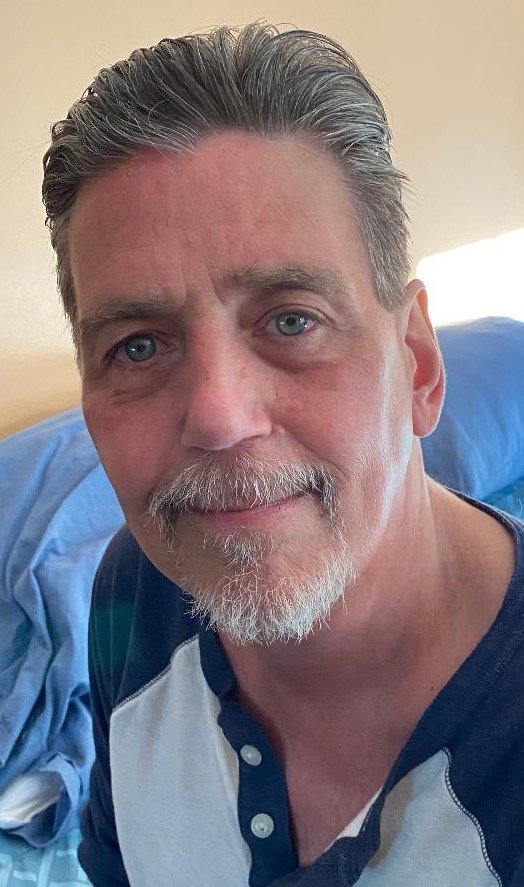 On Thursday, May 27, 2021, the world lost another wonderful human being. John J. Groves II lost his battle with prostate cancer after a two-year struggle.

John was born on March 24, 1962, at the U.S. Naval Hospital in San Diego, CA, at 1:16 AM, to the late John J. Groves and Beth Sandra Wolfe. John and his family moved to Seattle, WA where he lived for the majority of his life. He was united in marriage to the former Arlene Stressel.

John’s love of music led him to become an avid guitarist on the Seattle music scene in the 80’s and 90’s. John earned an associate degree in music video business/ audio engineering at the Art Institute of Seattle, Class of 1991. He moved to Rome, NY where he obtained several jobs as a mail room supervisor, the latest which was for the Millenial Group where he worked out of MetLife, supervising the mail room for over five years.

John is survived by his loving wife, Arlene; his step-daughter, Kiley Hadley of Whitesboro; three brothers and a sister-in-law, Mike Cox and girlfriend, Lori of Seattle, WA, Kevin and Kira Cox of Anchorage, AK, and David Groves of Seattle, WA.

A special thank you to the two executive secretaries, Olivia Romanelli and Sue Collins, of all their work on John’s benefits to help him pay his medical expenses.

I would also like to thank Hospice and Palliative Care for the wonderful care they provided to my husband in the last months of his life, especially Melissa, Jan, Jen, and Kristy who cared for John. In addition, I’d would like to also thank all the wonderful staff at the Rome Abraham House, whose diligent care of John made his transition a loving and caring one.

Any donations made to the Abraham house of Rome on behalf of John would be greatly appreciated.

A Memorial Tree was planted for John
We are deeply sorry for your loss ~ the staff at Barry Funeral Home
Join in honoring their life - plant a memorial tree
Services for John Groves II
There are no events scheduled. You can still show your support by planting a tree in memory of John Groves II.
Plant a tree in memory of John
Share Your Memory of
John
Upload Your Memory View All Memories
Be the first to upload a memory!
Share A Memory
Plant a Tree