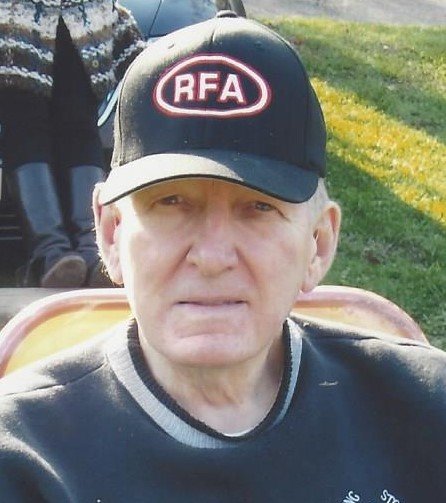 He was born October 18, 1938, in Rome, the son of the late Louis Henry and Cleo Hamilton VanSlyke.  Skip was united in marriage to Christine Braun, on August 27, 1960, in New Hartford.

Skip graduated from Rome Free Academy in 1956 where he competed on the varsity swim team, setting a record in the breaststroke. He then went on to Cornell University where he graduated in 1960 with a BA degree in Archeology. As an accomplished athlete at Cornell, he competed in varsity fencing where he was elected captain and selected to the All Ivy Team. He was a member of the Chi Phi fraternity. After college he went on to receive his Medical Doctorate at Upstate Medical University graduating in 1964.

He enlisted in the US Army as a First Lieutenant and served an internship at Walter Reed Medical Center. Promoted to the rank of Captain, he then served two years as an artillery division surgeon at Fort Carson, Colorado.

After honorable discharge from military service, Skip completed specialty residency in Diagnostic Radiology at Upstate Medical University. Upon completion, he returned to his hometown of Rome, NY and joined the staff of Rome Memorial Hospital as an attending radiologist where he worked until retirement, eventually becoming the Radiology Department Chairman.

As an active member of the community he served a 4 year term on the Rome Board of Education. He was a member of the Lake Delta Yacht Club where he enjoyed sailboat racing and was a past Commodore. He was an avid skier and belonged to the Griffis Ski Club. He loved the west and after retirement, spent winters in Lake Tahoe, Nevada. An avid reader, he had a particular love of American History so much so that he was always the top pick for family trivia nights.

Skip is survived by his loving wife of 61 years, Christine; son, Dr. John (Dr. Stacia) Van Slyke of Skaneateles, NY; daughters, Juliet VanSlyke of Rome, and Andrea (Dylan) Gifford of Clinton; grandchildren, Ellis, Casey, and Jack VanSlyke, and Wiley and Kass Gifford, He was predeceased by a brother, Jack VanSlyke. He will be greatly missed by his beloved dogs Beau and Dixie.

Funeral services will be private. There are no calling hours.