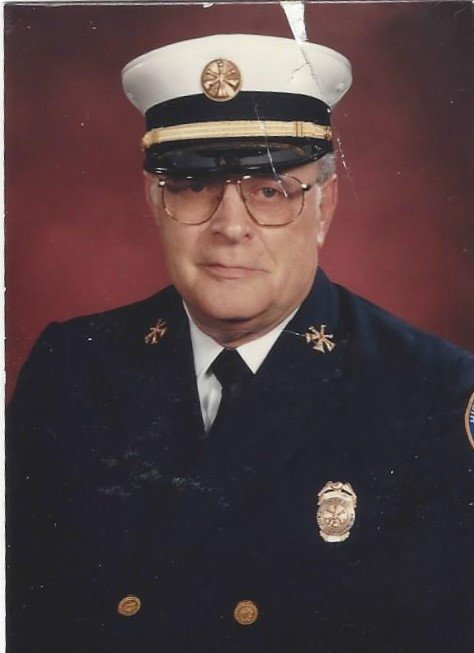 With his family by his side, John “Jack” E. Abel, III passed away on Friday, March 5, 2021, at Rome Memorial Hospital, after a very long illness.

John was born in Rome on March 19, 1934 to John E. Jr. and Catherine ReBarr Abel. A lifelong resident of Rome, John graduated from Oriskany Central School in 1951 where he participated in all sports and was “Athlete of the Year” during his senior year. He proudly served his country in the U.S. Navy during the Korean conflict aboard the USS Tarawa and was honorably discharged in March of 1955. On September 22, 1956, he was united in marriage at the First Methodist Church to the former Ruth Ann Semo; a loving and blessed union of 64 years.

John retired as Deputy Fire Chief from the City of Rome Fire Department in 1995 after serving for 36 years. While on the department, he was president of the Benevolent Association for 12 years and was also known as Mr. Claus for the fire department Christmas parties and other events which he thoroughly enjoyed. After retirement, he served as treasurer for the Rome and Oneida United Fire and Police Retiree Association for 19 years. He was also a past member of the Rome Elks Club.

One of his biggest enjoyments was his family, especially his grandchildren and great grandchildren, and he loved being with them for holidays and other events.

The family would like to thank Dr. M. Seedat, Dr. Richard Sullivan, the staff at the Rome VA, his caregivers, nurses, and staff on 2 East, the Rome Fire Department for the care and compassion shown to John during his illness, and also all the friends who were there for support.

He may be gone but never forgotten.

A memorial service will be held at the Barry Funeral Home, 807 W. Chestnut Street, in the spring. Burial with military honors will be at Rome Cemetery.

To plant a beautiful memorial tree in memory of John Abel, III, please visit our Tree Store
Saturday
22
May