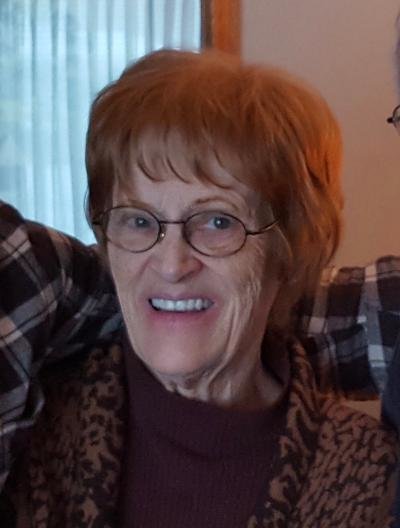 Joan was born in Rome on August 30, 1936 to the late Charles and Cynthia Mussen Cleveland and was an alumna of Rome Free Academy in 1955. On April 27, 1957, she was united in marriage to Craig M. Watson in Rome. Joan had a long career as a civil servant, including positions with the City of Rome, Oneida County and the State of New York. She retired from the Marcy Correctional Facility in 1997. She was a devoted wife, mother and grandmother. Her bright smile and loving spirit will be deeply missed.

Joan is survived by her beloved husband of 63 years, Craig; her sons, Craig R. (Meg), Gary (Unkyung), Douglas (Heather), and Marc (Marcy); and her pride and joy were her seven grandsons, Eric, Tyler, Ryan, Stephen, Troy, Andrew and Edward, and her one and only granddaughter, Claire Joan. She is also survived by her dear sisters, Marilyn Beasley of Highland Ranch, CO, and Arlene Riedel of Webster, NY

Joan’s funeral will be held on Friday at 2 PM at the Barry Funeral Home, 807 W. Chestnut Street. Burial will be in Rome Cemetery.

Relatives and friends may call at the funeral home on Friday from 12 to 2 PM prior to the funeral. Those attending must have a face covering and adhere to the social distancing guidelines.