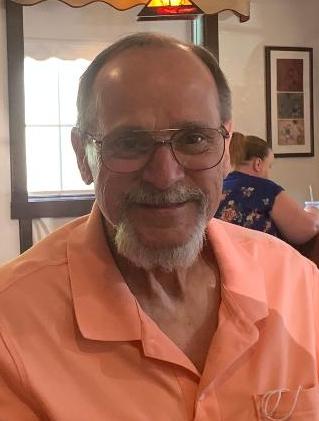 Frank was born in Rome on December 24, 1945 to the late Francis Jr. and Luella Reigler Connelly. He graduated from Vernon-Verona-Sherrill High School in 1964, and received his Associates Degree from MVCC. On July 10, 1970, he was united in marriage to the former Carole Downer. Frank also worked at Fountain Head Group in Whitesboro, Spargo Wire in Rome, and retired as a supervisor from Rome Cable.

Frank was an avid NASCAR and San Francisco 49ers fan, and he adored his special time he had with his grandchildren.

Frank is survived by his loving wife, Carole; his son, Frank (Gina) Connelly IV of Oneida; his grandchildren, Candra and Derek; his sister, Patti (Wade) Biedermann of Madison; his two brothers, Michael (Debi) Connelly of Verona, and Jim (Lois Koch) Zika of Oneida; and many nieces, nephews, and cousins. He was predeceased by three sisters, Eva Palaka, Barbara Richardson, and Elizabeth (Libby) Lerch.

The family would like to send a special thanks to Dr. Robert Carhart at Upstate University for his care and compassion.

Funeral services will be held on Thursday at 7PM at the Barry Funeral Home, 807 W. Chestnut Street.

Relatives and friends may call at the funeral home on Thursday from 5 to 7 PM prior to the service. Those attending the calling hours and/or service are asked to wear a mask and adhere to the social distancing guidelines.

In lieu of flowers, donations in Frank’s name may be made to the Golisano Children’s Hospital in Syracuse or the Melodies Center for Childhood Cancer and Blood Disorders at Albany Medical Center.