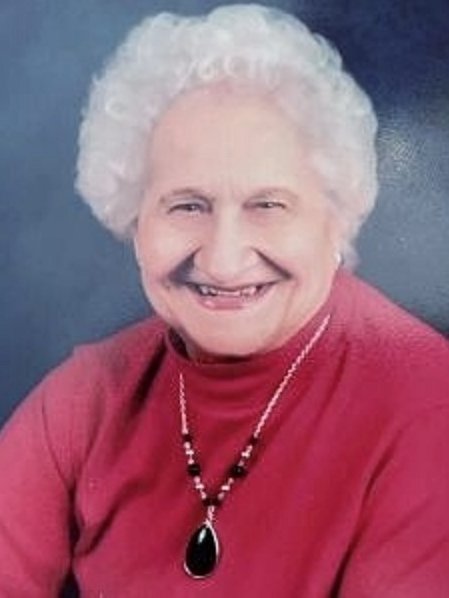 She was born October 11, 1927, a daughter of the late Giovanni and Rosa Cangemi Chiaro.  She graduated from Syracuse University.  Amy was married to Louis “Bob” Breton until his death in November 1983.  She worked at GEEIA on Griffiss Air Force Base, retiring after many years of service.  She was a member of the Church of St. John the Baptist and a past member of its Marion Guild.

Amy served as Membership Chairman for NARFE in Rome/Utica, was a member of GALS, and was a Girl Scout leader, years ago.  She worked several part-time jobs after her retirement and mostly enjoyed socializing with friends and family, including many bus trips with Ava Dorfman Senior Ctr., and later the Daycare Ctr. at Copper City Connections.  Her family would like to especially thank her caregiver, Danyell Coccia, whose help and care for Mom will not be forgotten.

She is survived by three daughters and sons in law, Kathleen and Eric Dresser of Cleveland, NY, Kristine and Paul Synyson of Rome, and Kimberly Breton and Steph Fraine of Sebastopol, CA; a son and daughter in law, Robert and Christine Breton of Schenectady; grandchildren, Kira, Keelie, Korinne, Talia, Michelle, Matthew and Michael; and several great grandchildren.  She is also survived by a sister & brother in law, Mary and Doc Harris in Maine, and was predeceased by a sister and brother.

To plant a tree in memory of Amelia Breton, please visit Tribute Store